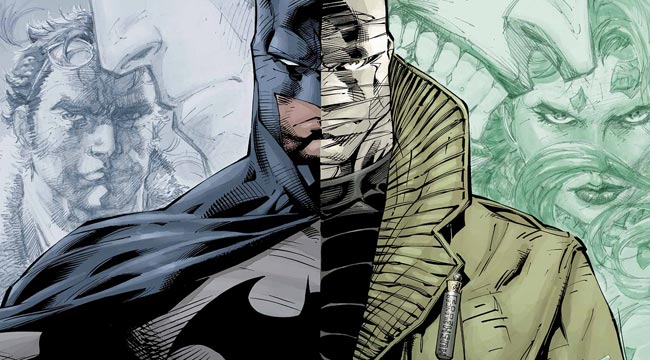 While the internet continues to speculate on the future of Ben Affleck’s Batman in DC’s live action cinematic universe, the animated end of the spectrum remains ripe with possibilities for exploring the Dark Knight’s extensive mythology. Dating back to the 90s cartoons in which Kevin Conroy famously voiced the caped crusader opposite Mark Hamill’s the Joker, DC animation is still making Batman movies and shows no signs of stopping.

Most recently, the animated universe has delivered adaptations of New 52 storylines such as Justice League: War and Justice League: Throne of Atlantis, with Irish actor Jason O’Mara voicing Bruce Wayne/Batman. While this approach makes sense given that it coincides with the current events in the comics, I also want to see them branch out to pre-New 52 material. With Batman: Year One and The Dark Knight Returns being great adaptations of the Frank Miller graphic novels of the same names, there are plenty of other iconic storylines from the 80s and 90s which would make great animated films. Here are my picks for five Batman stories DC animation should adapt. Written by Jeph Loeb (producer of TV’s Heroes and Agents of S.H.I.E.L.D.) and illustrated by Tim Sale, Batman: The Long Halloween is a murder mystery, a mafia epic and a Two-Face origin story all at the same time. In it, Batman is after a serial killer who only strikes on holidays and whose primary targets are members of Carmine Falcone’s crime family. As a war rages on between Falcone and his opponent Salvatore Maroni, Batman teams up with Jim Gordon and the charismatic District Attorney Harvey Dent to take down these empires and catch this mysterious “Holiday” killer.

Set within the same continuity as Year One, The Long Halloween was a major source of inspiration for Christopher Nolan’s The Dark Knight, and rightfully so. This book features Batman in the early stages of his crime fighting career, where masked serial killers are able to outsmart him and Catwoman’s seductive abilities can manipulate him. Major villains like Joker and Riddler show up alongside more B characters like Solomon Grundy and Calendar Man, and the book’s creative team does a particularly great job with the crime lords by making them fully fleshed out characters. Incorporating a lot of themes from classic movies like The Godfather and The Big Sleep into the story, Loeb’s writing is made all the better by Sale’s highly cinematic, film noir art style. While The Dark Knight did borrow a lot of ideas from this comic, particularly with the Two-Face origin, it still deserves a direct animated adaptation. Dark Victory is a direct sequel to The Long Halloween and was produced by the same creative team. Following a massive breakout at Arkham Asylum, a new serial killer known as “The Hangman” spells trouble for Gotham City, executing a number of ex-cops. Meanwhile, a vengeance seeking Two-Face wages war on what’s left of the Falcone crime family, which is now run by Carmine’s daughter Sofia. The book also retells the classic Robin origin story, as Bruce takes in the young orphan Dick Grayson as his ward.

Though Dark Victory isn’t much of a standalone story as it relies heavily on the events of its predecessor, DC animation could make these movies and release them as a two parter, like they did with The Dark Knight Returns. This storyline brings closure to the events which began in Year One, and is a major development for Bruce as he begins to really find his identity in Batman while also becoming a mentor. Both are instrumental components of the character’s mythos and yearn for feature length adaptations. We all know that Joker’s sadism knows no bounds, but it’s easy to forget that beneath the chalk face, bright green hair and menacing smile as he laughs at death, this character was once just another human trying to make ends meet. That is the idea presented in writer Alan Moore and artist Brian Bolland’s Eisner award winning graphic novel Batman: The Killing Joke.

Hailed by many as the definitive Joker story, The Killing Joke focuses on the Clown Prince of Crime as he tries to make Commissioner Gordon go insane. This includes him brutally paralyzing Gordon’s daughter Barbara (which eventually leads to her becoming Oracle). Intercut throughout this present day story is a series of flashbacks which chronicle Joker’s origin. As a failed comedian struggling to provide for his pregnant wife, he makes a deal with the mafia where he disguises himself as the infamous Red Hood for a heist. This all builds up to the climactic scene where he first confronts Batman and falls into the acid pit which transforms him.

The Killing Joke is dark, violent and rich with psychological themes as it explores not only the circumstances surrounding Joker’s birth, but also the character’s state of mind. Despite Moore’s strong objections to his work being adapted, for one DC owns the rights and two it’s such a great story and would make for a stellar display of adult animation. If you hadn’t already gathered from the plot summary, this one is definitely not for kids and would likely garner an R rating.

Update: Bruce Timm announced on Friday at San Diego Comic Con that DC animation is making this movie, and it is scheduled for a summer 2016 release. This article was written prior to this announcement. I guess the folks there and I share similar tastes! Before Joel Schumacher butchered the character in the hated 1997 Batman flick Batman and Robin and before Christopher Nolan and Tom Hardy gave him a more fitting portrayal in The Dark Knight Rises, Bane was the star of the epic 90s comic storyline Knightfall. Split into three volumes, this book would make one heck of an animated film.

8 Video Game Movies Coming to a Theater Near You

In this series, a burned out Batman meets his match in the form of the monstrous Bane, a superhuman genius who uses the venom serum to enhance his strength and who is smart enough to discover Batman’s identity. With volume one ending with the villain famously breaking Batman’s back, the remainder of the story focuses on Bruce Wayne being temporarily replaced by his apprentice Azrael, whose violent nature tarnishes Batman’s reputation. In order to save Gotham, Bruce must muster all his strength and mental abilities before it’s too late.

Knightfall is more than a story of redemption, as it paved the way for what became known as the “Bat family”. Here, Bruce learns that he’s not invincible and needs people, a valuable lesson which stays with him throughout his life and career. With multiple writers and artists that put this series together, adapting it would no doubt be a feat, but it could be done. Split it into maybe two animated movies and get Bruce Timm on board, and you can bet I’ll watch it. In Hush, the title is the name of the book’s mysterious villain who is bent on destroying Batman both mentally and physically. Throughout this series, writer Jeph Loeb and artist Jim Lee manage to incorporate nearly every major Batman nemesis into the story, from Joker and Killer Croc to Ra’s al Ghul. The creative team also continues to explore the complicated romance between Batman and Catwoman. I could tell more about the plot, but I’d rather not spoil it for those who haven’t read it.

Lee’s trademark style includes a lot of lush, bright colors which actually work amazingly well for this Batman story, despite some of its darker themes. With director Jay Oliva’s knack for adapting Lee’s material in the DC animated universe, he would be the ideal choice to helm this project, were it ever to take off. Given that this book hasn’t made its way into any film and is good pre-New 52 material, I could definitely see it becoming part of DC’s animated roster.

Conclusion: To be honest, I’m starting to grow weary of all the live action superhero movies, but I never get tired of a good animated adaptation of a classic comic or graphic novel. This is a unique medium and has the benefit of being able to target seasoned comic book gurus without the limitations of having to explain stuff to mainstream audiences. With Batman being one of the most iconic comic book characters and having decades of story material to pull from, the books on this list have more than enough eye popping images to inspire the best animators in the business.

Which Batman stories would you love DC animation to adapt? Sound off in the comments!