All That’s Retro Cosplay Edition: A Leeloo Cosplay that is an Element Of Perfection 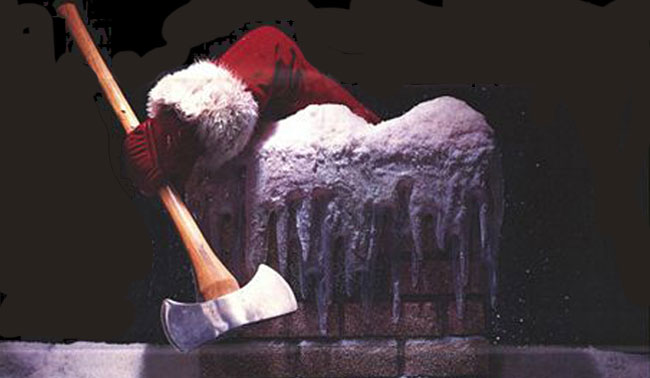 Christmas is a time for family and for being thankful for those around you, but sometimes all of that holiday cheer can get a little too cheerful. As we wind down the year, why not push the boundaries of tradition by watching a few Christmas horror movies (perhaps after the little ones have gone to bed)? Here is a list of some of our favorite films from Christmases past. Grab the whiskey on the rocks, your itchy sweats grandma Joan bought you and some leftover Christmas ham; tonight is about to get interesting. These cute little monsters seem harmless, until they rip through the town of Kingston Falls, where these little horrors can have no water, no food after midnight and no bright light. Television wires are chewed, leftover ham is eaten, and the creepy gremlins wreak complete havoc on the small town. London is beautiful city come Christmas time until a murderer is running loose on the streets, hunting men dressed as Santa. No one would suspect the jolly round man, would they? Inspector Harris works to track down this psychopath, but he has a long ways to go before he can solve this deadly mystery. A young man watches his parents get killed by an innocent Santa, or so he thinks. In his youth, he keeps to himself, but his mind is out there. With a job at a local store, he finally snaps when he has to wear a Santa suit to work and goes on a killing spree that leads him back to the orphanage. A group of sorority sisters makes plans for the holidays and with a burst of strange phone calls putting them on edge, the girls go hostile when Clare disappears. With the police’s lack of concern, there what other crazy, terrifying things can happen over Christmas break? Five visitors of a catacomb and a guide all get lost. When they stumble upon the crypt keeper, he tells five horrifying stories. 1. All through the house. 2. Reflection of Death. 3. Poetic Justice. 4. Wish you were here. 5. Blind Alleys. Apparently, it is too late to go back and these “visitors” are here to stay.

What are your favorite Christmas horror movies? Let us know in the comments below!