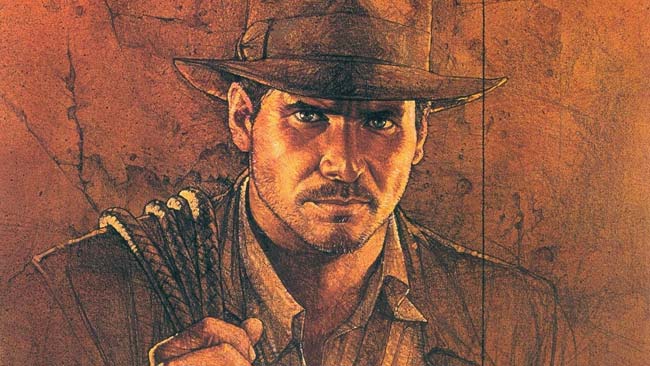 Indy 5 has been officially confirmed for some time now. We know for sure that the film will star Harrison Ford. James Mangold will be taking over the directorial reigns from Steven Spielberg, with George Lucas producing. But what about the plot of Indiana Jones 5?

Details about the next installment are certainly hard to come by. There have been many delays and postponements in production due to current circumstances, and the production team has been tight-lipped about revealing plot and casting details. Still, we seek comfort in knowing Indy 5 is actually happening!

Dr. Indiana Jones has always had a talent for exploring the mystical realm, especially supernatural and paranormal phenomena. From the Ark of the Covenant to the Holy Grail, and from Roswell to El Dorado, he has seen it all. While we await the exciting details of the next Indiana Jones installment, we’ve let our adventure-loving imaginations run wild.

There are still many myths, stories, and rare objects that the renowned archaeologist could unearth. Here are five epic Indiana Jones 5 plot ideas we would love to see! The tale of Pandora is a typical Greek mythological affair. Someone did something bad, Zeus got pissed, and then he got Pandora to open a box (or jar, literally) that unleashed death, despair, corruption, and all kinds of evil into the world. A pretty normal day on Olympus, more or less.

But let’s think about Pandora’s Box in the context of an Indy film. In three out of four movies, Dr. Jones races against time and corrupt European powers in order to stop evil people from obtaining a powerful force and from meddling with powers they can’t possibly comprehend. It’s a formula that works, so why change it?

Pandora’s Box seems like the exact thing that the Nazis would try to get their hands on, thinking it would help them to rule the world. But really, in the end, it would probably just end up melting some faces and then sitting dormant in Area 51 being studied by top men. Few mysterious locations throughout the world have been poured over, examined, and well-documented as Easter Island. Many, if not all, of Indy’s expeditions have been to uncover places or things based on pure myth and fantasy. But that would not be the case with the Easter Island Moai.

Mystery and fascination surround the massive, ancient Moai. How could the natives have constructed, and then moved these massive statues? Did they move them, or did the statues move themselves? The great thing about the Moai is that, even to this day, archaeologists are still discovering fascinating new facts about the stone pillars. It was only four years ago that we learned that many of the giant heads also have bodies, buried underground.

The best case scenario is that the Moai are closely related to Easter Island’s Birdman cult. Because, let’s be honest, we could all use a little bit more cult infiltration by Indy. Home of the greatest disappearing act of all time, the Bermuda Triangle is a perfect location for Indy to explore. Although he may not believe in magic and all that superstitious hocus pocus, the Bermuda Triangle could put those beliefs to the test. But perhaps the best part about the Triangle in relation to Indy is the timeline.

While there are a handful of documented cases of ships gone missing in the Triangle pre-1900, the majority of the disappearances took place between 1918, when Indy would be nineteen, and 1965, which would put Indy in his late 60s, perfectly in line with Harrison Ford’s age. Who knows, maybe we could have another awesome “Young Indy” adventure that transitions into the main story, a la Last Crusade.

The biggest issue with the Bermuda Triangle is that it would be easy for the plot to veer off into extraterrestrial territory, and we’ve all learned that doesn’t suit Indy very well.

The Remains of Nurhaci The Temple of Doom begins with a 007-esque opening sequence that, like the Bond opening scenes, has very little to do with the rest of the film. Indy shows up in a slick, white dinner jacket at Club Obi-Wan (seriously) to meet with Lao Che. In exchange for a large diamond and an attempt on his life, Indy gives Lao Che the remains of Nurhaci, the first emperor of the Manchu Dynasty.

Now, Temple of Doom is a fantastic film, and my personal favorite in the quadrilogy. But what a shame it is to not have seen any of Indy’s search for the remains of Nurhaci in the film. Other than Temple, we haven’t really seen Indy explore much of Asia, and ancient Chinese locales would be new and refreshing for the series.

Temple of Doom is already a prequel to Raiders, and who could resist a pre-prequel? What is Montezuma’s treasure, and why would Indy search for it? Well let me tell you, dear reader. Montezuma was an Aztec king that was responsible for major expansion of the Aztec Empire. But then a bunch of Spaniards showed up and started slaughtering the Aztecs, so Montezuma rounded up a bunch of gold and other valuables and sent them north, out the hands of the Spaniards.

Fast forward a couple thousand years to 1914, when a prospector named Freddy Crystal would find a stone etching in southern Utah that matched a symbol on a map said to lead to Montezuma’s treasure. This symbol led to the discovery of a vast network of caves, laced with booby traps that claimed the lives of more than a few treasure seekers.

Now, the great thing about this treasure is that entire story is verifiably true. And, like the Bermuda Triangle, this treasure fits wonderfully into Indy’s timeline.

Last Crusade’s opening scene, as I mentioned before, takes place in 1912, when Indy is just thirteen years old. And where is he living in 1912, and thus likely in 1914 when Freddy Crystal would begin the search for Montezuma’s treasure? That’s right, Moab, Utah, the exact geographical location of Crystal’s search. Surely young Indy would have heard of Crystal’s excavation, and maybe could have even been a part of it. There you go, Disney. There’s half a screenplay for you right there. Indy needs to go on a good, old-fashioned treasure hunt, because, after all, what does he want most in life?

Which artifacts, treasures, or hidden cities do you think Dr. Jones should search for in Indy 5? What characters from the past films would you like to see return?