Dissection of a Series: The Indiana Jones Movies 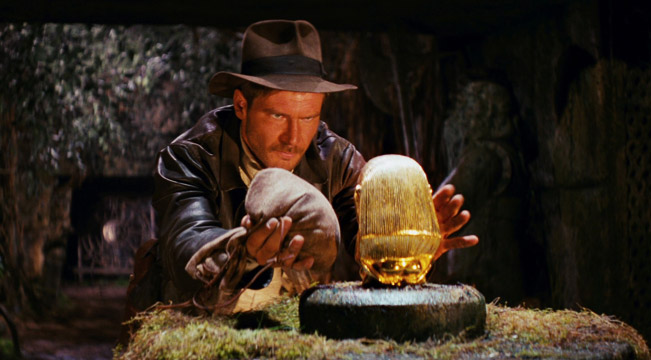 On October 30th, 2012, the entertainment world was going crazy with the news that Disney had completely bought out Lucasfilm, and would be creating sequels to the original Star Wars trilogy. And while that news was undeniably exciting, I was thinking “but what about all the other aspects of Lucasfilm? What about my childhood hero, Indiana Jones?”

Three years later, Disney seems to be pretty committed to making a new Indiana Jones film, though no real details have been released. Some people are upset, and say that Disney should just leave the fedora-wearing archaeologist alone, and others are thrilled with the thought of seeing Indy in action again. But the last time that Dr. Jones dusted off his whip and leather jacket and appeared on the big screen (2008’s Kingdom of the Crystal Skull), the result wasn’t very pretty. So what does Disney need to do in order to make Indiana Jones 5 great? Indy fans, don’t be so concerned about somebody other than Harrison Ford playing Dr. Jones. Remember how bad everybody thought a blonde James Bond would be? Look how well Daniel Craig turned out. Or how about when Mark Ruffalo replaced Edward Norton as The Hulk? Ruffalo quickly and easily became the favorite version of the green fighting machine. Disney has a pretty amazing track record for making great action films and I’m sure they won’t let us down here.

This is the most important decision that Disney will make about Indy 5. There is already a lot of speculation about casting, and apparently Disney wants Chris Pratt to play the lead role. Pratt would be a great pick, if they can get him. He is already a part of the Disney family since last summer’s Guardians of the Galaxy. He is witty, charming, handsome, and he looks the part (meaning he can grow a solid 5 o’clock shadow). But if they don’t get Pratt, there are certainly others who could play Indy. Jim Caviezel, Karl Urban, Sam Worthington, and Chris Pine to come to mind. But whoever they get, they will have some huge shoes to fill, and the casting has to be perfect. The character that Ford established throughout the four films is what makes the movies so great, and Indy 5 will be worthless without a great actor to take the lead. Indy has always had a female sidekick to help him on his adventures. Sometimes these women are shown as strong and intelligent characters. But more often than not, the ladies are portrayed as ultra-feminine, and their usefulness is limited. Let’s take a look at the three women in Indy’s life.

In Marion’s first scene in Raiders of the Lost Ark, she is strong and doesn’t put up with any nonsense. She out-drinks a bunch of burly Nepalese men, punches Indy in the face, and is pretty good in a fight. But later, in Cairo, she hardly shows an ounce of strength as she lightly hits bad guys in the head with a frying pan, and is then kidnapped, kicking and screaming all the way. What happened to the feisty woman from just a few scenes before? Things get worse for her in Crystal Skull. She seems to be thrown into the movie as comic relief and fan service. But she isn’t funny, and nobody cares that she is there.

Willie is the bane of any Indy fan’s existence. Indy perfectly sums up the problem with Willie in The Temple of Doom when he says “the biggest trouble with her is the noise.” Willie couldn’t be more feminine if she tried. She’s always screaming, she constantly worries about her appearance and hygiene (and apparently her elephant’s hygiene too) and is the complete antithesis of Indiana Jones. This is just a bad character all around.

Elsa is probably the strongest of the three ladies. In The Last Crusade, she doesn’t hesitate to get dirty, and is right in the thick of it with Indy until it is revealed that she is actually a Nazi. Even then, she is still a strong character until her greed and desire for the Holy Grail leads to her death.

Disney needs to do a better job with the women in the Indy movies. They need to create a character who doesn’t just accompany Dr. Jones on his adventures, but someone who can actually help him, and someone who he doesn’t have to worry about protecting. She needs to be a benefit, not a burden. James Bond can teach two lessons about casting that Disney needs to learn. First, as mentioned before, recasting isn’t always a bad thing. It can breathe new life into a series that feels stale, and allows for new ideas to be explored and new directions to be followed. Daniel Craig’s role in the Bond franchise is a perfect example of this. As much as Pierce Brosnan looks and acts the part, his four films as 007 really aren’t that good. Then along came Craig, and audiences were more than a little bit skeptical about the casting. But he blew us away anyways, and helped to completely reinvent the character and the franchise in a positive way. If Disney is going to replace Harrison Ford as Indiana Jones, the replacement actor must have the same effect on the Indy films as Craig did on the Bond films.

The second and equally important lesson that the 007 franchise can teach is that Disney doesn’t have to try to explain a new cast. When a new 007 agent is picked, nobody wonders why because that’s just the way it goes. Somebody plays Bond for a few movies, and then someone new takes over. The new actor doesn’t play a different 007 agent, and they aren’t a relative or child of James Bond. They’re just the next James Bond. This is how the character of Indiana Jones should be treated. There is no need for there to be some kind of ‘passing of the torch’, and it isn’t necessary to try to establish some kind of connection between the new and the old Indy. The fact that they are both Indiana Jones is connection enough.

Stick to the formula The Indiana Jones films have so many elements that contribute to making the movies iconic, and Disney would be wise to include as many of these as possible. The trick will be to replicate these components authentically so that they are awesome, and not cheesy. Audiences will want to see these signature Indy segments, and they will be essential in distinguishing Indy 5 as an Indiana Jones movie, and not another run of the mill action adventure film.

Disney needs to stick to what the first three films established so well. It would be best for the film to take place during 1930s or even the late 20s. Indy seems so out of place in Crystal Skull during the 50s. The bright colors, nuclear weapons, and American roadside diners don’t suit the character well. There needs to be plenty of bullwhipping, six-shooter revolver action, and travel map cutaway sequences. And when Indy is first revealed in the new film, he had better be revealed via epic character silhouette.

Bring the supernatural into the real world Most fans and critics will agree that the biggest mistake in Crystal Skull was using inter-dimensional aliens as a plot device. But compared to the other films, inter-dimensional beings really aren’t that much of a stretch. If you really think about it, the Ark of the Covenant, which spits out energy beams and melts people’s faces, is pretty weird. So is pulling out a man’s still-beating heart, demonic possession, and the Holy Grail that either grants eternal life or instantly takes life away. Aliens really aren’t that far out for Indy. But the problem is that in the first three films, the supernatural elements that Indy deals with are introduced into his realm of reality and possibility. They are strange and exotic because of their application in the real world. But in Crystal Skull, Indy is taken into the supernatural element’s reality when he enters the aliens’ dimension, and leaves the real world behind. This completely changed the movie’s tone and structure, and changed what would have been a decent movie to a poor movie.

Disney needs to find a supernatural event, location, or relic that can be explored within the real world, without the inclusion of otherworldly beings. Maybe Indy could explore somewhere like the Bermuda Triangle. Or perhaps he could once again dive into the world of religious relics, and uncover the mysteries surrounding the Shroud of Turin. There are so many possibilities, and all Disney has to do is pick the right one.

What do you think? Should Disney go ahead with Indiana Jones 5? Who would you like to see play the role of the famous archaeologist? What artifact should Indy explore next? Talk about it in the comments!