‘My Little Pony’ Movie in Development, Chenoweth to Star

Has Pixar Fallen from Grace? 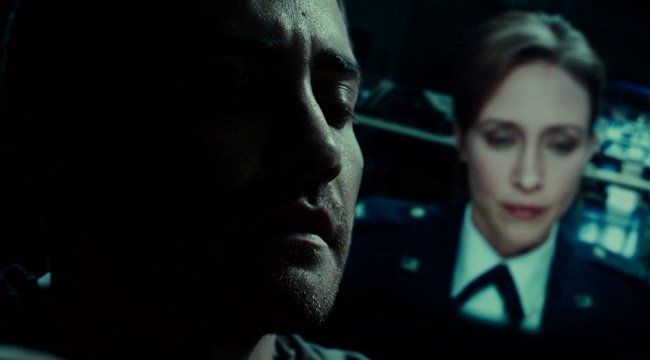 Streaming channels are chock full of action films to watch nowadays. It can be overwhelming to choose a great action movie based on just a thumbnail and a short description. That said, there are some hidden cinematic gems available for your viewing pleasure.

Looking for something new to watch in the action genre? Check out these underrated action movies that you shouldn’t miss.

5 Underrated Action Movies You Should Stream If Indy was gritty, humorless, and stuck in the Frozen North, Spielberg would’ve ended up with something close to this 2012 man-versus-nature epic. Liam Neeson is typecast as the badass with a bad past, guiding the survivors of a plane crash through man-eating Alaskan wolf territory.

PETA gripes aside, it’s a great journey to watch. Besides the canines stalking their every move, the stranded oilmen have to cope with the unforgiving landscape and climate of the Yukon. To give up is to die, and unwavering perseverance is the only weapon Neeson and Co. have in their arsenal. Thankfully, there’s more than just a bunch of fanged disembowelment waiting for viewers.

Neeson’s character is no stranger to death, and his musings on Thanatos will have you thinking about what it means not only to die, but to truly live, long after the credits roll. This Viggo Mortensen vehicle is light on the action and heavy on the adventure. In a post-apocalyptic world rife with cannibals and famine, a father desperately tries to cling to his humanity, and give his son the best life possible.

Considering the circumstances, it’s quite a tall order; every tiny advantage father and son happen upon is cruelly wrested from their grasp by fate. If you couldn’t tell already, this film is a one-way ticket to Feels town. Despite the apparent bleakness, it’s still somehow an uplifting film. The love between father and son in such a hateful world is indescribable. Beyond that, it’s beautifully shot, and has a muted color palette that perfectly reflects the cinematic world.

Mortensen’s range is on display in full, here – this couldn’t be further from his roles in The Lord of the Rings or Eastern Promises, but he’s still convincing as ever. A side note – if you’ve read the book, be ready for a few changes in the narrative, but there’s no cause for alarm. The themes of the novel are still fully intact. Akira Kurosawa. Just the name gets cinema buffs all hot and bothered. Even if international art house isn’t your cup of green tea, the immortal Japanese director makes films that everyone can enjoy. Besides his famous Samurai epics (Seven Samurai, Yojimbo), Kurosawa has a penchant for adapting Shakespeare to medieval Japan.

This is one of the less popular reworkings, but one of the indisputable best. If you’ve read Macbeth, you know the plot; if you haven’t, it’s a Wikipedia article away. But it’s the mesh of Eastern subtlety with Western ideals that make this the world’s adventure film.

A few bloody battles between Samurai nobles helps keep the intensity up while Kurosawa explains once again how absolute power corrupts absolutely. This is one of Stanley Kubrick’s first – and most poignant – films. Dr. Strangelove acquainted us all with Kubrick’s sarcastic pacifism, but Paths of Glory is a far more damning indictment of the Western culture of death and destruction. The story follows a WWI-era saga of desertion, defiance, sacrifice, and heroism, through the eyes of a trio of French soldiers fighting on the unforgiving Western front.

Faced with bullets and artillery from friend as well as foe, Kirk Douglas and a stellar supporting cast trudge through Hell to give the audience a searing portrait of men at war, the dangers of bureaucracy and shifting blame, and the true meaning of courage under fire. Being John Malkovich meets 24: sounds like a terrible time for everyone involved. In fact, this is another underappreciated performance by the immensely talented Jake Gyllenhaal. Using new neurological technology, Captain Coulter Stevens (Gyllenhaal) relives the last 7 minutes of a terrorist attack on Chicago’s L-Train over and over again, until he can find the perpetrator.

In addition to having its fair share of edge-of-your-seat action, Source Code raises some pretty profound questions about life, death, and destiny. Some of the dialogue is hammy at times, but manage your expectations (it’s no Oscar bait) and you’ll definitely enjoy what this movie has to offer.