Dorothy Cosplay Lets Us Know There is No Place Like Home!

Retro Cosplay: A Female Skeletor Cosplay That Will Master Your Universe 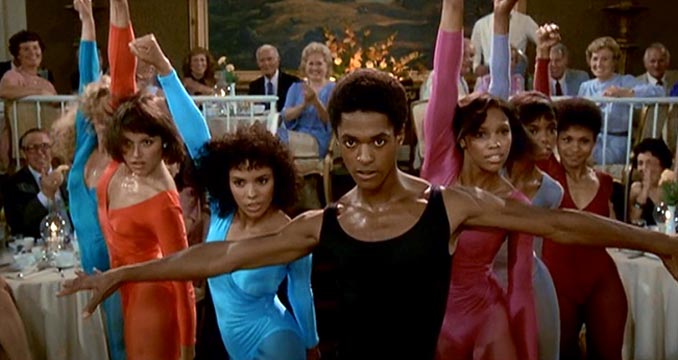 Dancing and the 1980s went hand-in-hand, with the crazy colors, high top tennis shoes, tight neon pants, leg warmers and those over-sized sweaters that hung off our shoulders. The 80s produced so many classic dance films, not to mention some signature dance moves (Cabbage Patch, anyone?). We have compiled a list of our favorite dance movies from the 80s that are sure to dance your socks off.

Dance Movies From the 1980s

Working two jobs can be tough for a struggling dancer, but when there are dreams in life, sometimes money talks. Jennifer Beals plays Alex Owens, a welder by day and an exotic dancer by night with a dream of getting into a dance company. With her boyfriend/boss on her side, Alex defies the odds in pursuit of her goal. Stepping on toes to get there is another story.

Coco Hernandez, Doris Finsecker, Montgomery MacNeil and Raul Garcia all attend New York City’s High School for Performing Arts. While they all have their own niche in the performing arts, they make one hell of a strong team. When they travel to New York for a competition, they have to get schooled on the streets. The hard life lessons that they learn could be what they need to have an edge in the talent competition.

Frances “Baby” Houseman and her family attend a summer camp hoping to get closer. A disinterested Baby (Jennifer Grey) turns to dancing after Johnny Castle (Patrick Swayze) makes her swoon with his provocative dance moves. After Johnny’s partner has a botched abortion and Baby turns to her father for help, family drama ensues. Baby learns, with the help of her new love interest, that she can be free by dancing.

In Ohio, eight dancers make the trip of a lifetime. When in New York, they apply to take part in a talent competition. As fate would have it, they have to team up and survive the gritty streets of New York before they can compete and they also get schooled with a little real world knowledge.

Wesley Snipes Could Play Blade Again on the Big Screen

In this 1984 classic, Ren (Kevin Bacon), dances into our hearts when this city-raised youth moves into a small town. This conservative town could be too much for his rebellious spirit and wild heart because rock music and dancing are banned. Inspired by his love interest, Ariel (Lori Singer), he pushes to shake things up and make the town more alive.

It’s been five years since the 1977 film, Saturday Night Fever, and Tony Manero (John Travolta) is still wanting to dance. As a former disco king, he has left Brooklyn and moves to Manhattan to pursue a career on Broadway. While working as a dance instructor and waiter at a dance club, he becomes more reserved on the exterior, becomes mature but other attitudes have not changed. Tony Manero has to keep the burn alive.

What are your favorite 80’s dance movies? Let us know below!