The Adorable Misa Amane is a Winner in This Cosplay

A Cosplay of Lady Punisher with a Diamond Rating 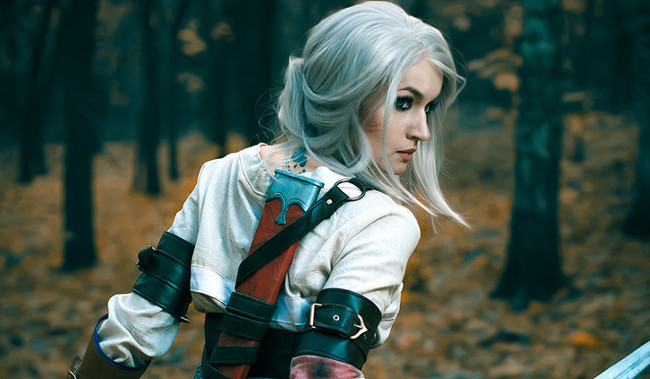 Set in a fantastic medieval world, the fantasy novels of The Witcher saga have captivated a huge audience and spawned several adaptations, most notable being the hack-and-slash RPG game franchise The Witcher. The game tells the story of a talented Witcher (monster-hunter) named Geralt of Rivia and his remarkable journeys. Along the way Geralt meets several other interesting and unique characters who inform his voyage. One of the most striking of these allies is Cirilla. The character of Cirilla is one that is still shrouded in mystery for those loyal to the game series. Though her character is explored in the book saga, she had yet to be featured in gameplay. That is, until a recent trailer not only showed the character but gave us some major hints about her complex and interesting storyline. With one beautiful and unique look aimed at the player, Cirilla’s face told the story of many troubles and battles in her lifetime. Cirilla (also known by her nickname Ciri) was born to royal blood, the princess of Cintra. After her parent’s death and the sacking of her home, Ciri was thrust into the dark world around her and made a place for herself. Becoming a skilled swordswoman, Ciri also learned the trade of sorcery, making her a powerful threat to any foe. From the moment Cirilla’s character design for The Witcher 3 was released, fans everywhere have clamored to cosplay as this stunning white-haired beauty. Many successful costumes have arisen, and one of the best we’ve ever seen is that of the extremely talented cosplayer Love-Squad. Every small detail of this cosplay is taken into consideration and the quality is above superb. Love-Squad also manages to capture the strong presence that this character possesses. Wielding an immaculately constructed sword, Love-Squad breathes life into a character whom we’ve barely seen and makes her feel familiar and real enough to touch. Upon the game’s release, and with players learning more about this mysterious beauty, I am confident that this exceptional cosplay will continue to provide a mental picture for players of beauty that is also deadly.

Written by Guest Contributor: Kota Lee
[signoff2]
Hey cosplayers! Want a feature of your own? Submit your photos to our Tumblr page or attach them in an email to [email protected] for a chance to appear on our site!