An Incredibly Detailed Cosplay of Garuda from Final Fantasy XIV 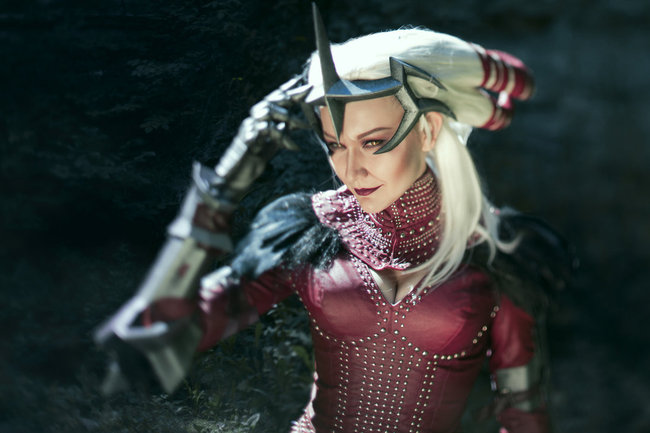 A Flemeth Cosplay that is Wildly Beautiful Meet Flemeth, a woman with a name that strikesboth fear and awe in the villagers. From Dragon Age,Flemeth is known as the Witch of the Wilds with a terrible temper and wild beauty. Flemeth has a rich backstory within the Dragon Age stories. The Kocari Wilds villagers fear her and her daughters in belief that they can kill a man by fear alone. She has been involved with others outside of the Kocari Wilds and is known to be more than a simple legend to those outside of the village. She is a top tier mage and a shapeshifter. She is seen as a commoner, and a dragon – just to name a couple. MonoAbel brings us a truly epic cosplay of Flemeth based on her Dragon Age II appearance. She has been cosplaying since 2007 and it shows in the high level of detail and accuracy in her cosplay. From her wig work, to makeup, to all the minute details on her costume, MonoAbel truly embraces the character. She has several other cosplays such as Moxxi, Riven, and Miranda Lawson that are equally amazing! Be sure to check out her page for more epic cosplays.