Most Epic Cosplays of the Week: A Great Week for Homestuck 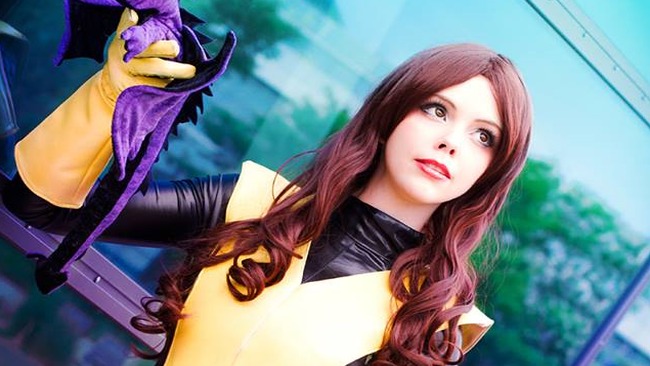 A Kitty Pryde Cosplay that is Nothing Short of Amazing

It’s not often that a comic fills a “little sister” role with someone as cool as Kitty Pryde. Deviating from the mushy supernatural, coming of age love stories such as Twilight, Fans of the X-Men watched Kitty mature, find love and become comfortable with her mutant powers, along with other mutants at Xavier’s school. Blossoming from a little sister to many of the more seasoned X-Men, she eventually earned a well deserved place in the spotlight. Using her unique powers to pass through solid objects, or otherwise known as “phasing”, Kitty eventually becomes a vital member of the X-Men. Her heroism even led to her singlehandedly saving the Earth from a bullet fired from an alien despot. Many agree this selfless act is the moment Kitty stepped out from the X-Men and became a true superhero. Cosplayer Calssara looks absolutely heroic and uses the Marvel Bishoujo variant of Kitty Pryde to make a stunning costume. The black and yellow ensemble fits her perfectly, and the makeup she chose actually makes her look very much like an anime character. Kitty’s pet dragon, Lockheed, with which she shares a psychic connection with, is especially cute perched upon her arm.