Cosplay of the Day: My Little Pony’s Rainbow Dash!

This Rainbow Dash Cosplay is a Visual Delight 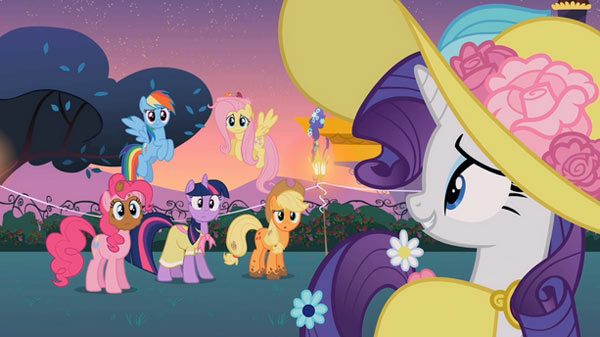 ‘My Little Pony’ Movie in Development, Chenoweth to Star

Fans and Bronies rejoice! Lionsgate and Hasbro announced today that a big screen adaptation of the My Little Pony series is in development! The film will be directed by Jayson Theissen, and will be written by Meghan McCarthy, who is the writer and producer of the My Little Pony: Friendship is Magic series.

In the movie, a new dark force threatens Ponyville, and the Mane 6 – Twilight Sparkle, Applejack, Rainbow Dash, Pinkie Pie, Fluttershy and Rarity – embark on an unforgettable journey beyond Equestria where they meet new friends and exciting challenges on a quest to use the magic of friendship and save their home.

“We are pleased to partner with Hasbro to bring their brands to audiences in new and exciting ways. Meghan McCarthy and the ‘My Little Pony’ cast are a very talented and cohesive team whom we’re happy to be working with and we’re excited about the addition of the very talented Kristin Chenoweth, as we explore new aspects of these characters and new story opportunities for the franchise.”

“We are thrilled to expand the ‘My Little Pony’ story to the big screen, and take these beloved characters on a new and unexpected journey that will delight fans of all ages. It’s an honor to add Kristin Chenoweth to the cast as the voice of an all new, never-before-seen ‘My Little Pony’ character in the film. Her incredible Broadway and silver screen performances in ‘Wicked,’ ‘Glee,’ and many more make her the perfect fit for this animated, musical adventure.”

The “My Little Pony” brand has been enchanting fans of all ages worldwide for more than 30 years with its socially relevant messages of acceptance and friendship. What started in 1983 as a toy line of colorful ponies with unique symbols, called “cutie marks,” has since exploded into international, multi-media, pop culture phenomena that grossed over $1 billion in retail sales in 2014. The entertainment continues to engage and inspire kids and families in over 180 countries across the globe.