Try Not To Fall For This Sultry Catherine Cosplay

This Kitana Cosplay is a Royal Storm 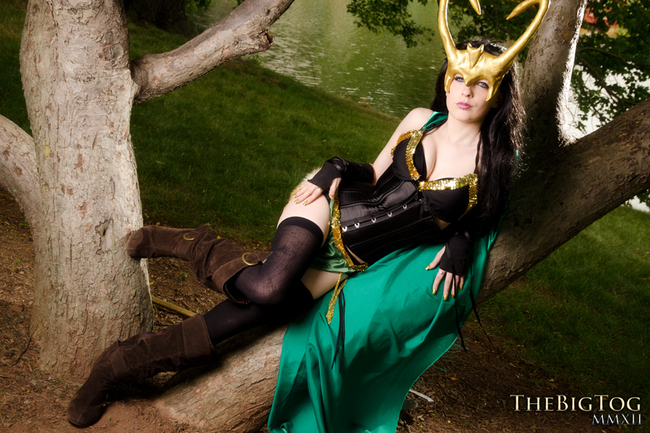 A Tantalizing Cosplay of Our Favorite Trickster God Loki The thing about Loki is that he tends to bring fans together into a squealing mess no matter the form he takes – and Loki’s time as Lady Loki is absolutely no exception. For those who don’t know the innerworkings of the events in Asgard – after Ragnarök, Loki returned in a female body. Not just any female body – but Sif’s! Working with Doctor Doom, Loki worked his trickster ways so that Thor would unwittingly resurrect his enemies – retaining his male form but hiding inside Thor’s reborn lady love. She later appeared before Thor to tell him that she would be returning to her male form shortly and that he had “just now” come to the realization that his body was meant for Sif. Loki explained that, after Ragnarok, when the Asgardians were being placed into human hosts, Sif’s soul was placed into a dying human. When Thor sent out the call for the Asgardians to return, Sif’s host was too weak to hear the call. When Thor mass-summoned the Asgardians, Sif’s body was created but her soul could not be placed into it, so the body went looking for a soul with no body and found Loki. And thus, Lady Loki came to be. Murdernurse does a very eye-popping interpretation of the lovely Lady Loki – favoring more black than green, accented with bold stripes of glittering gold sequins. She differentiates from the canon in creative and titillating ways, choosing simpler materials than previously seen more complex designs. She sports a helm by Chris Rivers to compliment her boldly colorblocked Loki. Murdernurse chose a great character for her striking natural features and really brings it for the camera – its all attitude, all the time! A Poison Ivy Cosplay That Will Make You “Phytophilous”!

Written by Guest Contributor: ShatteredStitch
[signoff2]
Hey cosplayers! Want a feature of your own? Submit your photos to our Tumblr page or attach them in an email to [email protected] for a chance to appear on our site!