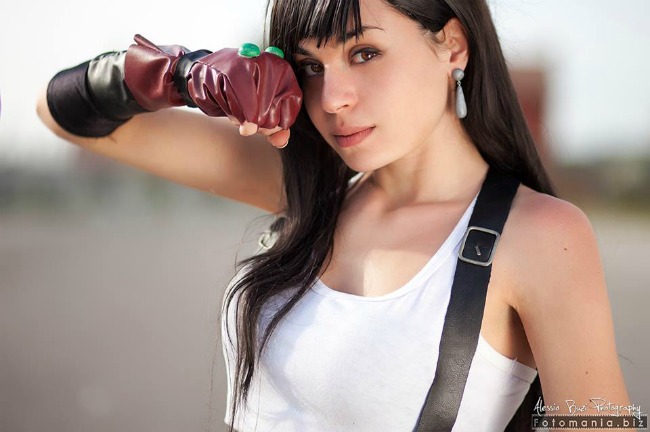 A Tifa Cosplay Guaranteed to Cheer You Up! Bright and optimistic, Tifa Lockhart of Final Fantasy VII is more than just a pretty face and a kind heart. Aside from being able to cheer anyone up and put a smile on their face, Tifa has the ability to decimate her enemies with just her fists alone. Born in Nibelheim, Tifa was incredibly out-going and had many close friends. She was also next door neighbour to Cloud and despite being only a year apart, they, however, were not so close. She was left in a state of depression when her mother passed away and Tifa believed that her mother had gone to Mt. Nibel and that if Tifa went there and crossed the mountain herself, she would meet her mother once again. The Final Fantasy anthology holds a very special place in the hearts of many gamers. With the inception of the series in 1987, the series has been critically and commercially successful, and is developer Square Enix’s most successful and best-selling gaming franchise. The games brought us characters who we loved, characters we hated, and characters whose deaths we mourned immensely, and characters we can’t just help but admire. One of those admirable characters is Tifa Lockhart, brought to life by gorgeous Italian cosplayer, LadyJeyx90. It’s a simple yet gorgeous and well-crafted cosplay that speaks volumes of memories in Final Fantasy.