Everyday Epic Cosplay: Look as Angelic as Galadriel from The Hobbit 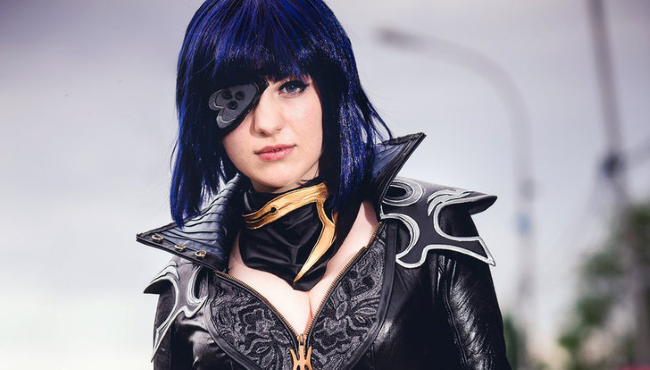 In the world of massive multiplayer online role-playing games (that’s MMORPGs for short), Aion has certainly attracted a large fanbase. The Korean game is popular in Asia, but has been steadily gaining popularity in other countries as well. It’s easy to see why fans love it. The fantasy game is not only free to play, but it also has a variety of customizable classes in classic RPG style, adding to the appeal of its millions of fans around the globe. Cosplayer Keiko-z has shown her love for the game with this absolutely gorgeous cosplay of an Aion Gunner. At first glance, it appears that her photos are concept art for the game… it’s just that impressive, and pretty much indistinguishable from the design in which she modeled it after. She looks beautiful with blue hair, and the detailing of her props, guns, and outfit are just breathtaking. Clad in tight black (faux) leather from head to toe, Keiko is simply a stunning sight. There’s no other way to describe the hard work and dedication that she’s put into this costume: perfect. The costume even won her first place in Aion’s cosplay contest. Surely well earned!

Natsu Cosplay Revels in the Spirit of Battle