All That’s Retro Cosplay Edition: A Leeloo Cosplay that is an Element Of Perfection

Black Cat Cosplay is a Stunner 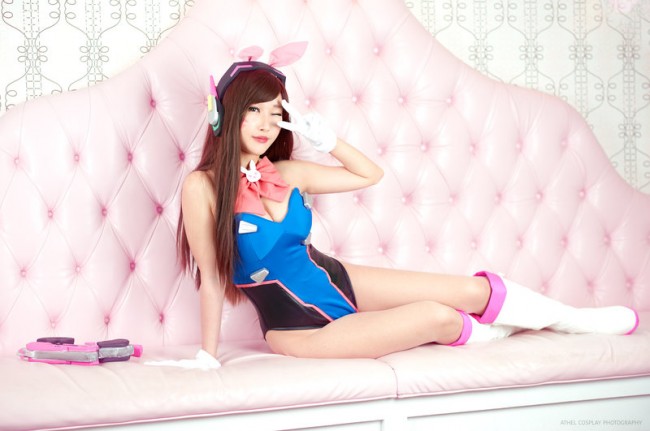 Over the past few weeks since the release of Blizzard’s shooter, Overwatch, we have seen tons of epic cosplays of the game’s characters, especially of the spunky, super cute video game vixen, D.Va.  While we have mostly seen cosplays of D.Va in her default body suit, some cosplayers have chosen to show their love for the character by creating more unique cosplays. Cosplayer Rinnie Riot makes the perfect D.Va cosplay as she adds a signature spin to the Overwatch character by creating a “bunny” version of her.  Rinnie adds an adorable, oversized pink bowtie and bunny ears, while sporting a bodysuit with the same pattern as D.Va’s original costume, making the character instantly recognizable yet one of a kind.  If you love this Overwatch cosplay as much as we do, be sure to check out Rinnie Riot on Facebook!