Prepare Yourself for This Epic Talim Cosplay

This Mileena Cosplay Takes Down the Competition 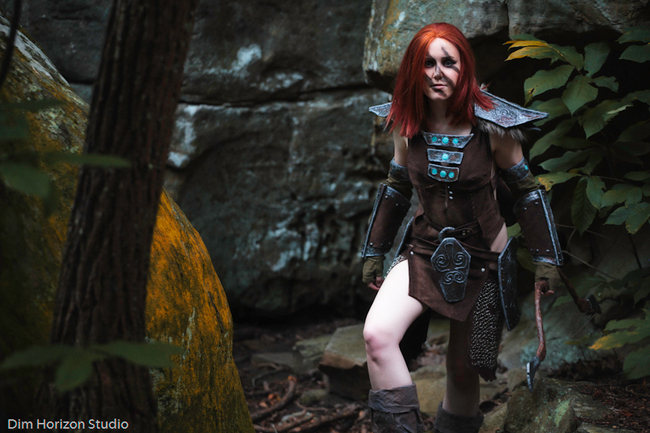 Skyrim was a highly acclaimed title when it launched almost three years ago, and to this day still captivates the hearts of many gamers. Not that it comes as much of a shock, considering there was so much quality packed within the title. Taking the role of Dovahkiin, players were able to slay dragons, talking to dragons, and join the ranks of many organizations. For some, the Brotherhood was the way to go but for others they teamed up with the Companions. There was Farkas, Vilkas, Skjor, and Aela the Huntress.

The huntress had climbed her way to the top of the ranks, showing off the finesse in her skill. Being one of the top ranking members of the Companions has gained Aela the Huntress access to the secret group the Circle. Not only is she beautiful, but she’s passionate about hunting. Players can choose to have the fearless woman by their side whether it is as a friend or lover. For all of the skills that Aela encompasses, it’s not far fetched that cosplayers would want to take on the beauty. Lyddi Design is one of those cosplayers, and while others have done a fair job, Lyddi has taken Aela to a whole new level. Aela goes from video game character to real life entity, giving the feeling that she’s popping out of one’s screen.

Kitana Cosplay is an Epic Victory