Fall Under the Spell of This Bewitching Bayonetta Cosplay

Discover the Fairy Tail that is Erza Scarlet in this Cosplay 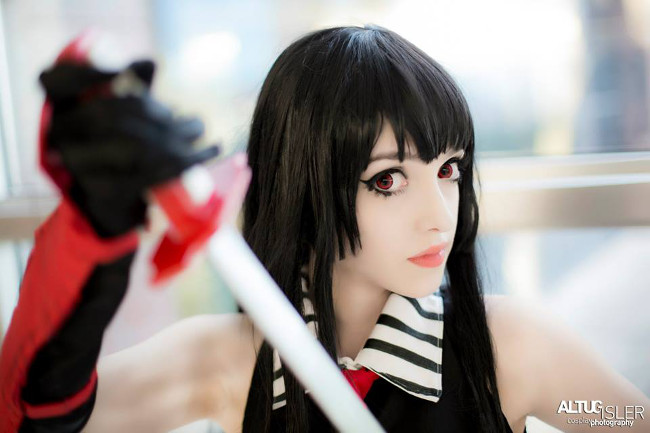 Akame Cosplay Has a Youthful Charm

Akame from the anime Akame Ga Kill is one of the main protagonists of the series. She is also known by the name “Akame of the Demon Sword” Murasame. Murasame is her Teigu, a long katana that is poisonous and can kill a person with only one cut, hence its nickname “One-Cut Killer” Akame, along with her younger sister, was put to the test in an event called “the Exam” where she was dropped into a forest and had to survive on her own. Akame succeeded and was trained by the Empire and eventually accepted into the Elite Seven assassin squad, become a lethal killer. Cosplayer Yushi Cosplay is adorable as Akame and brings the charm of the character to life. With her stunningly assembled cosplay and incredible resemblance to the character, she has truly crafted one epic cosplay!

Get Enchanted With This Adorable Tinkerbell Cosplay