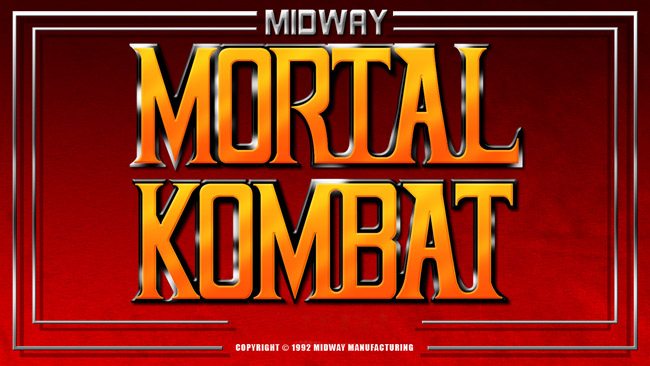 When Mortal Kombat first came onto the scene, it certainly ruffled some feathers and got people talking. It was immediately recognized for its bloody brutality and violence, and it was one of the games that paved the way for the introduction of the ESBR because of it. And we loved it. We loved going to the arcade and beating our friends to a pulp, realizing in that last moment of victory you have mere seconds to mash those buttons in the right combo so that you can further humiliate your opponent with the infamous fatalities. Ah, fatalities. They are one of the key elements of the Mortal Kombat series that has made it so unique and special. While the game itself was pretty gruesome, the fatalities took it just a step further than a little blood on the screen. They were downright grotesque and they were fantastic. At the time, none of us had the internet to reference to, so if you knew someone’s finishing move, you had serious bragging rights. We had to work for it.

Over the years they have even come up with all sorts of variations, including a losing character performing Hara-Kiri to finish him or herself off, Brutalities, and even the silliness of Babalities, which consisted of turning your opponent into a crying baby mess or Friendship, where no brutal end was met (unless you count Sub-Zero being turned into a snowman, that’s pretty brutal). So let’s look back at where it all began, the very first Mortal Kombat, and give you our top 5 favorite original fatalities! Good ole’ Johnny Cage, always so full of himself, always ready for action. The martial arts movie star was one of the less serious characters and was based off of 90’s action star Jean-Claude Van Damme, but his fatality was no joke. He wastes no time using a undercutting punch to launch your head right off your body resulting in a rain of blood, as he throws his shades on to show just how super cool he is. One of the villains of the game, Kano is a guy with a sort of robotic, phantom of the opera, look to him. He sports a crazy metallic half mask and has a shiny, bionic red eye and he is totally ruthless, which is demonstrated in his fatality. He leans back, and plunges his fist into your chest and rips your heart out, holding it proudly above himself like a disgusting trophy. Ouch. Scorpion, in his yellow and black ninja garb with flying spears in hand, surprises us all during his fatality when he tears off his mask to reveal nothing but a skull, and then spits fire, burning his enemy to nothing more than a skeleton. While he is more famous for his “Get over here!” catchphrase, his fatality is still pretty bad ass. Toasty! I had a hard time taking Raiden and his silly hat seriously, but then I changed my mind pretty quick. He is a freaking God of Thunder and he summons lightening during his fatality to fry your brain and cause your head to explode a splatter blood all over the place. Crazy hat or not, that is way hardcore and Raiden doesn’t mess around. The original Sub-Zero only appears in the first game, later becoming undead Noob Saibot while his younger brother takes his place as Sub-Zero in future games, but the original fatality he used was marked the most savage of the game. Grabbing you by the throat, he pauses for a split second before he uses all his force to split your skull from your body, dragging your bloody spin right behind it and then faces you, mockingly, to show you your innards. It was, at least at the time, one of the most gruesome scenes in a video game, and is still one of the great fatality moves to date, in my humble opinion.

There were only two more characters and fatalities in the game, one being Lui Kang’s “kick of death”, which felt weaker and less creative than the others, and Sonya’s “kiss of death”, where she blows you a kiss of fire and burns you alive, which just didn’t seem to compare as well as Scorpion’s. Most of these were so harsh, in fact that they had to be changed and have blood removed for the port over to the SNES.

The series has had its ups and downs, with some games being much better than others, but one thing that has always maintained it greatness is the fatalities. They always have and will continue to separate the game from other fighting games with its own unique form of brutality, and that is what makes it so great. Check out the video posted along with this to see all of these great fatalities in their original arcade form, and enjoy!