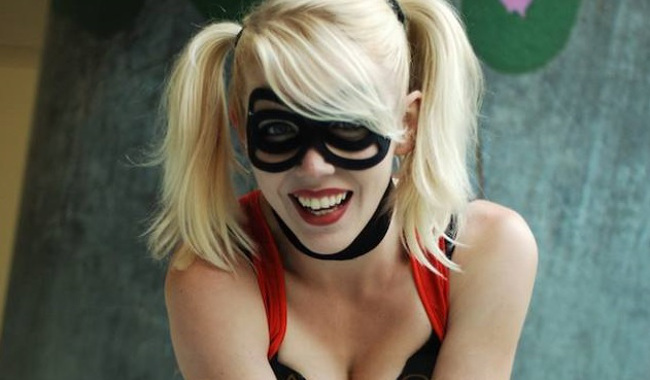 You’ve got to love Harley Quinn. Though it can be argued that she doesn’t always make the best decisions when it comes to certain romantic relationships (talking about the Joker, obviously), you’ve got to admire her spirit. Harley is sassy, spunky, comical, dangerous, and nothing if not determined. Though certain iterations of her have a darker, more ably villainous tone, she remains lovable, and has become a hugely popular mainstay in the DC Comics’ Batman Universe.

Harley Quinn was introduced in the 1990’s in Batman: The Animated Series as psychiatrist Dr. Harleen Quinzel. While working at Arkham Asylum, she quickly grew obsessed with the Joker, who used her to escape. This spawned Harleen’s “Mad Love” of the Joker, her new career in crime as Harley Quinn, and a comic book detailing her origin story by the same name. Since then, she’s been Gal Friday to her beloved “Puddin’,” part of Gotham City Sirens, a best friend to Poison Ivy, a crime boss with henchmen of her own, part of the Suicide Squad in DCnU, and featured prominently in several award-winning videogames, such as Arkham City and Arkham Asylum. Harley’s costume has changed dramatically from the original, depending on the media or source, but she’s best known for a plucky, black, red, and white harlequin look. Variations on the full bodysuit from The Animated Series have sometimes made use of her blonde hair and athletic physique. Whether decked out in biker leathers, a corset and skirt, or her original skin-tight number, Harley Quinn always looks both kickass and cute.

Harley’s various costumes give cosplayers a huge amount of inspiration and leeway to work with when crafting their own version. And her iconic popularity means that cosplayers can interpret her in myriad ways and still be easily recognized. So it is with Miss Mackenzie Smith‘s adorable take on Harley Quinn. The core elements of Harley are all there – the red and black harlequin colors, the mask, and the playful attitude. Mackenzie does a great job of capturing Harley in her own way. This is the look of a deceptively dangerous beauty. And her mischievous smile really says it all. We can just imagine this Harley sharing a private joke about Batman with “Mistah J.”