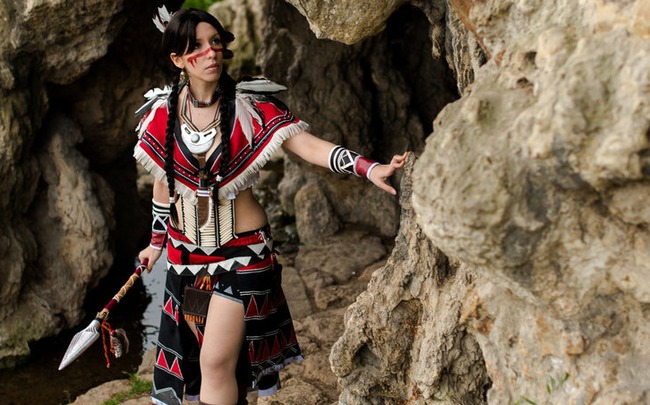 An Alsoomse Cosplay That Shows off the Stunning Beauty Assassin’s Creed has been sweeping the nation since 2007, and since the franchise has released yearly installments into the action-adventure series. Players have been taken to various locations with the games, able to travel without leaving the comfort of their homes. In addition, they have been introduced to more than a handful of different characters. There was Desmond, Altair, Connor, and Edward. In addition, there have been side characters and even ones specifically made for the multiplayer some titles has. Whether their roles were big or small, fans seemed to take a liking to most characters, in particular Native American Alsoomse. Amongst some of the characters featured, Alsoomse was one made for Assassin Creed III’s multiplayer. Her name – which means independent by definition, fits the woman perfectly. A woman from the Shawnee tribe, Alsoomse grew up quite alone, learning to rely on herself and herself alone from a young age. As the Native American grew, she became more violent and fearless, willing to fight to the death for her ideals. Fierce and true, Alsoomse is worth embodying – as some cosplayers have already started to do. Vela is one of these cosplayers, and she has done a magnificent job in portraying Alsoomse. Prepare to be Judged by this Kayle Cosplay