Join the All That’s Cosplay Team! 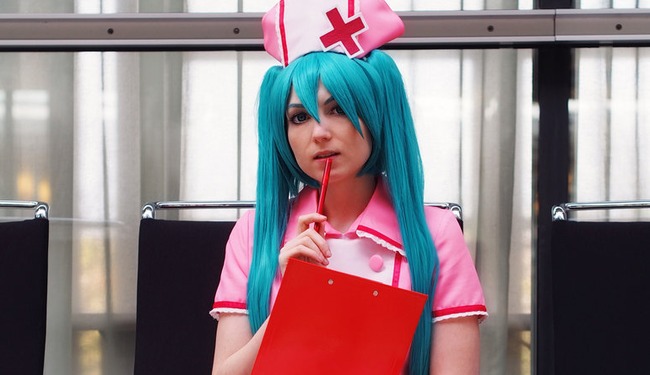 An Awesome Cosplay of Hatsune Miku, the Virtual Diva! VOCALOID is a program used to synthesize the human vocals for singing. The most popular VOCOLOID in the world, Hatsune Miku, was developed by Crypton Future Media, Inc. Her name means “first sound from the future” in Japanese. She was originally aimed at producers, and nobody expected her to blew the amateur and otaku market out of the water. Miku is so popular that she became a pop star in Japan. She has concerts just like any other pop star. She performs her concerts as a projection on stage. St3rn1 looks just like Miku from her music video for the song “Love-Colored Ward”. With her adorable pink nurse outfit and iconic turquoise pigtails, she is identical to Miku. She exhibits the Japanese pop star appearance with ease and confidence. The futuristic location used in her photographs is the perfect final touch to portray what Miku is all about. St3rn1 has definitely caught our eye with this awesome Hatsune Miku cosplay.