This Cosplay of Tomb Raider’s Lara Croft is Legendary!

This Samus Cosplay Blasts Through the Competition 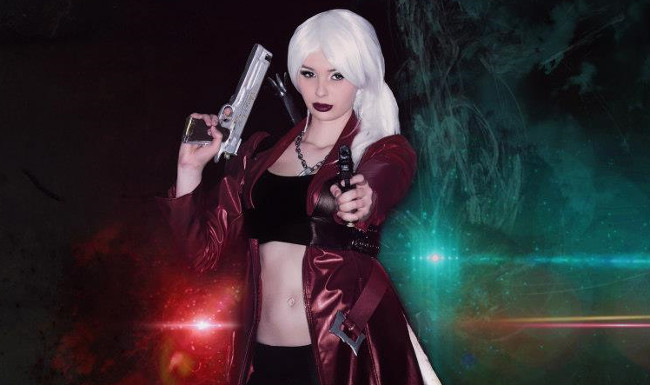 An Impressive Cosplay of Devil May Cry’s Dante by ATC’s Hailey S. Devil May Cry is an action-packed hack and slash video game developed by Capcom and created by Kideki Kamiya. The game was originally intended to be a sequel in the Resident Evil series, but it was made into a completely separate game due to the drastic differences from the style of Resident Evil.

The storyline follows Dante, who is a paranormal mercenary, private investigator, and a devil hunter. He is determined to avenge his mother’s murder and his brother’s corruption. He must follow a mission to kill demons and exterminate sinister supernatural forces in pursuit of those responsible for causing chaos amongst his family. Hailey S Cosplay is the perfect female Dante. It isn’t easy to portray accuracy of a character of the opposite sex. Hailey’s gender-bend costume is incredibly true to the character with her light hair, long coat, and detailed weapons. She even has the same demeanor as Dante himself. Hailey is a part of the All That’s Cosplay team, and this cosplay is only one of the many reasons that we are proud to have her.