This Sexy Naruto Cosplay is Jawdropping

Get Nostalgic with this Amazing Kim Possible Cosplay 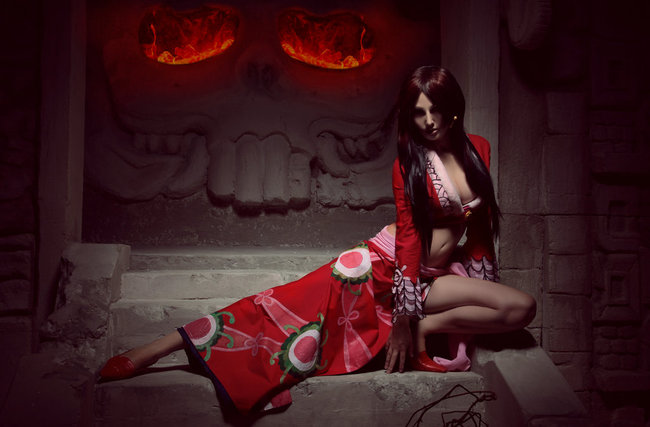 An Incredible Cosplay of the Pirate Empress Boa Hancock One Piece is a Japanese manga and anime series about pirates who set out to find the treasure called One Piece. Of the many pirates in the series, Boa Hancock is one of the most awesome. She is the only female member of the Shichibukai, which is a group of seven of the most powerful pirates who have allied with the world government. She is also the Snake Princess of Amazon Lily, which is the empire of Maiden Island. She rules over the Kuja, a tribe of all female fighters, with her two younger sisters. Boa is considered to be extremely beautiful. She is usually calm but she can also be very intimidating when she is angry. Bellatrix Aiden pulls off the Boa Hancock cosplay perfectly. With her colorful, sexy attire and her calm, yet powerful demeanor, she exhibits Boa’s appearance and attitude precisely. She evokes a vivid impression of the strong and beautiful pirate that Boa is. The aesthetic and evocative photography is just the cherry on top of this impeccable One Piece cosplay, which is by far one of the best we have seen. We’ve Got a Toxic Love for this Poison Ivy Cosplay!