Borderlands Week: Check out this Epic Athena the Gladiator Cosplay! 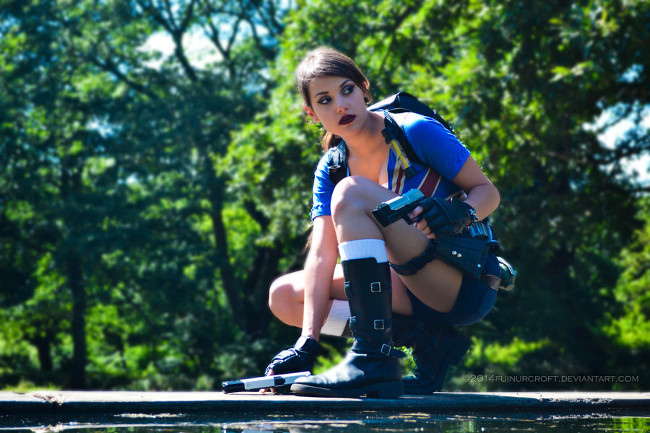 If ever there was a game character that captivated the world and took it by storm, it would have to be none other than Lara Croft. Gaming’s first lady of adventure has been raiding tombs since 1996, and while she may have had humble beginnings, gamers and non-gamers alike are surely familiar with her and the series of games, movies, and fan works that she’s inspired over the years. Beautiful, badass, British… and a total bombshell, there’s no doubt about it that fans are still crazy about Miss Croft. Adding to the Tomb Raider legacy is cosplayer FuinurCroft, in an outfit that shows off Lara’s British pride. The costume is a rare gem to see, as the Union Jack is an unlockable costume in Tomb Raider: Legend. The costume is beautifully constructed, the colors are vibrant, and FuinurCroft looks every bit like Lara… from her long, dark ponytail, her stunning makeup, and down to her kickass combat boots. The scenery is a nice touch, as she manages to strike some impressive action poses with her very own land rover.

One might think that Lara Croft has come to life! It’s a Whole New World With This Jasmine Cosplay