Epic Cosplay Submission of the Week: A Daring and Adventurous Psylocke

This Alice Cosplay has Us Falling Down the Rabbit Hole 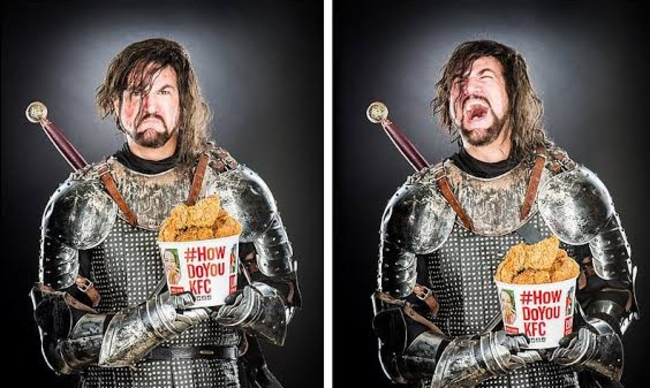 There are a staggering amount of characters in George R. R. Martin’s A Song of Ice and Fire novels, but naturally some stand out from the pack. The excellent HBO adaptation, Game of Thrones, has become a pop-culture phenomenon, and helped to make certain fan favorites that much more memorable and beloved. One of George R. R. Martin’s (aka GRRM) hallmarks is the crafting of sympathetic characters with deeply complex M.O.’s and moralities, which make them impossible to peg as simply good, bad, unscrupulous, or heroic.

Such is the case with Sandor Clegane, better known as The Hound. Sandor had a deeply troubled childhood at the hands of his older, abusive, monster of a brother, Gregor (also known as The Mountain Who Rides). As a boy, Sandor received gruesome burns on his face when a newly-knighted, teenaged Gregor pressed his head into a brazier due to a minor infraction involving a forgotten toy. The incident left Sandor scarred for life, literally and emotionally. He grew to loathe fire, his brother, and the hypocrisy of knighthood. Though Sandor would eventually semi-follow in his brother’s footsteps, by pledging his service to the Lannisters and becoming one of their highly trusted thugs, he was never knighted, and will sneer any time he’s referred to as “Ser.” The Hound is not a handsome man. He’s hugely tall, heavily muscled, and the right side of his face is covered in grotesque, twisted scar tissue. Imposing is a good word to describe him, but terrifying is even better. The Hound is introduced to us as the despicable Prince Joffrey Lannister’s bodyguard, and quickly becomes an antagonist of the Stark family, especially abhorrent to young Arya. It would’ve been easy for him to remain a jaded, irredeemable brute with no interests or goals except for the thrill of the kill, but that isn’t GRRM’s style. Sympathy begins to grow for The Hound when we see how he’s dismissed and ill-treated by Joffrey, who calls him “dog,” and when revelations of his troubled back-story are told in confidence to Sansa Stark. Even before he quits his service to the Lannisters, we see flashes of compassion and a deeper sense of purpose in Sandor, as when he offers to take Sansa away from King’s Landing and back to her family.

Of course, his story and character wouldn’t be nearly as compelling if his path to redemption was a pure, clean slate. Sandor looks out for number one, and it’s the hope of a large, financial reward (and perhaps the ability to join up with Robb Stark) that primarily motivates The Hound to “liberate” first Sansa and then Arya Stark. Still, it’s during his time on the road with Arya that we really see the man behind the scars. He’s deadly, but also wonderfully dead-pan, and at times, flat-out amusing (refer to any of actor Rory McCann’s scene’s with Maisie Williams’ Arya in Game of Thrones for proof of The Hound rocking some black comedy gold.) Throughout his long character arc, The Hound evolves from cold-blooded, unrepentant killer to a complex anti-hero. And, whether or not The Hound’s arc will continue to include true redemption and repentance is a favorite mystery of dedicated fans. Conspiracy theorists and close readers of the Ice and Fire novels remain resolute that without evidence of a corpse, no death certificate shall be issued. The Hound is an awesome character, but a challenging one to cosplay. For one thing, there’s his size and muscled bulk, along with his heavy armor and facial scarring. But it can be done, and done incredibly well, as evidenced by David Baxter‘s stellar cosplay. This is professional quality, stage or screen-ready costuming. The battered armor is meticulously sculpted metal, the studded leather is thick and oiled, and the signature, snarling-hound visor is just…wow. The details are meticulously true to the Game of Thrones representation, down to the weathered leather clasps, the sword and scabbard, scraggly hair, and prosthetic facial scars. It takes a strong body to wear this cosplay, and it doesn’t hurt that Baxter is 6’8″. David Baxter does an exemplary job of embodying The Hound, ably mixing the character’s world-weary scowl and menacing glare. That isn’t to say that this cosplay and cosplayer are without humor. Baxter drives home the pop-culture relevance of Game of Thrones by paying homage to the chicken memes that spawned from the season 4 premier by including a highly-relevant bucket of KFC chicken. It remains to be seen whether fans will be able to celebrate the return of The Hound, and with the way GRRM writes, the wait may be a long one. But until then, we have David Baxter’s picture perfect cosplay to tide us over, and fight us to the death over some chicken.