This Blood Moon Elise Cosplay is an Epic Victory

For Your Sweet Tooth! A Vanellope Cosplay! 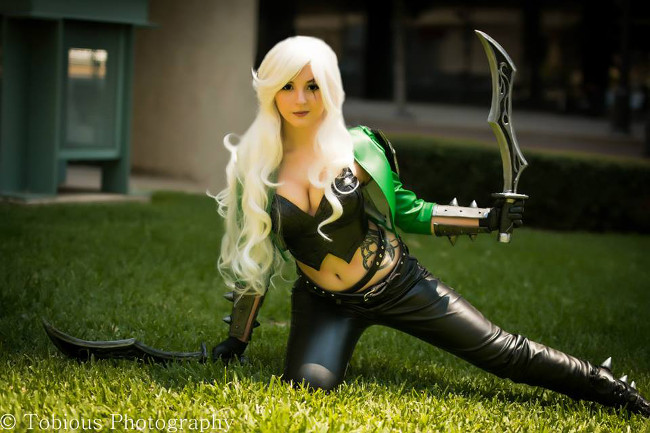 An OP Cosplay of Mercenary Katarina! League of Legends is a popular MOBA developed and published by Riot Games. The game is filled with tons of awesome champions to play as. Each champion has different strengths and their own unique set of abilities. Typically, there are two teams of five players in each game. The champions on each team work together to fight the enemy team and destroy their turrets and inhibitor.

Katarina is one of my favorite champions to play. She is an assassin driven by an intense killer instinct. As a melee champion, she uses her swords and daggers to obliterate her enemies. She has had a natural gift for combat since she was a child. KaiaCosplay’s portrayal of Mercenary Katarina is perfect. She completely embodies the sexiness, confidence, and willpower that make Katarina who she is. Her epic swords, spiked armor, and iconic scar really bring the costume to life. Mercenary Katarina can be difficult to cosplay with white hair while maintaining the famous look that makes Katarina recognizable, but KaiaCosplay does it flawlessly.

The Smartest Zombie Slayer Around: A Saya Takagi Cosplay!