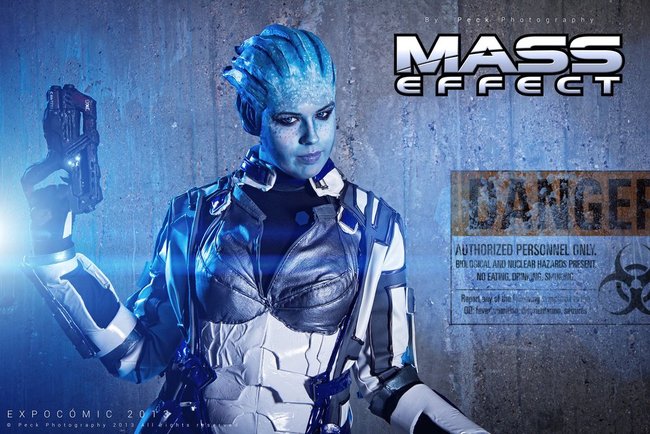 An Out of This World Liara T’Soni Cosplay to Wrap Up Gaming Cosplay Thursday!

Liara T’Soni is an Asari researcher, who has dedicated more than 50 years of her 106 year life studying the culture and technology of the Protheans, but especially paying attention to their extinction. In the action-packed third-person shooter called Mass Effect, Liara has a major crush on Cammander Shepard, the protagonist, and would love to get with either him or her, depending on the player’s choosing. She was then given a series of her own, called Mass Effect: Redemption, a four part mini comic that takes place before the main game. It is then referenced in the game’s downloadable content later. This cosplay by Sumyuna is absolutely stunning. She somehow managed to look exactly like the alien researcher, even capturing her spirit and attitude. Cosplay is all about becoming a character, and making the audience believe it. Sumyuna has done just that, from the blue skin to the complicated outfit, everything is accurate and spot on.This cosplay is certainly epic. Rise Kujikawa is Ready for the Stage in Epic Cosplay