Resident Evil Cosplay: The Many Faces of Jill Valentine 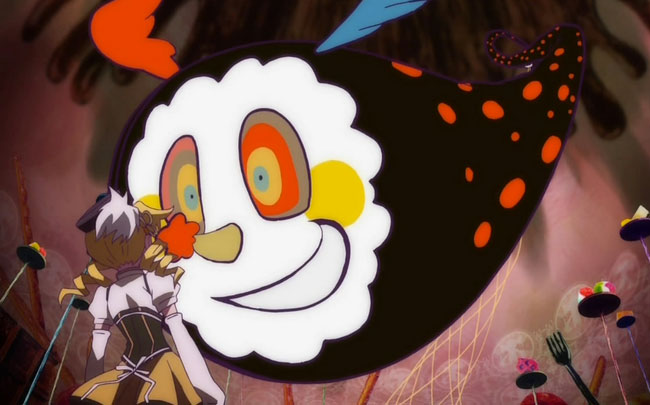 Animation studios place their own unique mark on the works they produce, from the subject matter they tend to focus on to the art style that they use. As Japanese animation is becoming more prominent in western culture, especially in online circles, studios’ signature styles are becoming better known through the popularity of their content. Similar to how some people may flock to the theaters to see the new Marvel film based off of their knowledge of past films, people will fill up their anime queues with productions from a certain studio.

Today we are going to spotlight Shaft, Inc., an animation studio that was founded in September of 1975. The studio’s intended purpose was to color the animation made by other studios, but they began production of their own original series in 1987. Shaft began developing its own unique characteristics in 2004 with the introduction of Akiyuki Shinbo, whose animation style can be seen in Shaft’s popular works Pani Poni Dash!, Maria Holic, Sayonara Zetsubo Sensei, and Hidamari Sketch. If none of those anime seems familiar, that may be due to their release prior to 2010. Certainly, though, you should have heard of Shaft’s hit Puella Magi Madoka Magica. Puella Magi Madoka Magica, the popular shonen magical girl anime with a horror twist, was released by Shaft in 2011. The twelve-episode series was later split up into two films, “The Beginning Story” and “The Eternal Story,” which were then followed by the feature-length film “The Rebellion Story,” released in 2013. This series is truly Shaft’s shining gem, not just due to its popularity but also because of its origins. Unlike the other anime Shaft has produced, this was the first series that was not based off of source material, like a manga or light novel series. Due to the high cost to make a single episode of a series, producing an anime when success cannot be pre-determined by the popularity of its source material is an incredibly risky move. Since Shaft has proven their ability to create their own series, it is likely that we will be seeing another original anime in the coming years. Until then, we can enjoy their signature style in their latest release Gourmet Girl Graffiti. Now, what exactly is their signature style? Shaft Animation’s unique style is characterized mainly by its shout-outs to other animation series in the backgrounds of their series, a unique use of gags, and avant-garde cinematography. For those who may be unfamiliar with the term “avant-garde,” it is more or less a fancy term to describe something as new or experimental. It is the “other” category that you check on a form when none of the other choices seem to fit correctly. Due to this avant-garde style, it can be difficult to know exactly what to expect when viewing something by Shaft. However, there are some things that can be expected.

One the most unique markers of a Shaft production is their anatomy-defying head tilt that has become an Internet meme over the past few years. Other common style features are pieces of text flashing so quickly that they are unreadable, pictures of real-life objects in the backgrounds, and stained glass patterns. Shaft also has a habit of having unmoving plaids or patterns in their works, where cloth will move but the pattern on it will not. Animation may suddenly shift between styles for certain sequences or only brief moments, possibly to make something mundane like food seem amazing. Whether you are a fan of their work or not, it is hard to deny that Shaft is more than just your average animation studio. Their signature style leaves a unique mark on each piece they create, and certainly provide something interesting to watch.