Shiro the Chess Master Cosplay will Beat Any Opponent 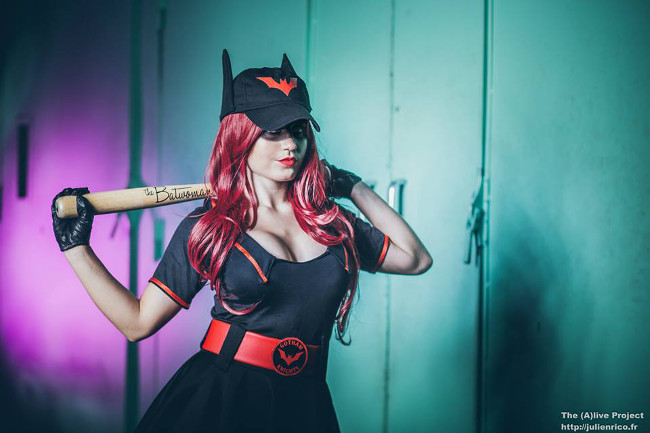 Batwoman, the femme fatale capped crusader of the night, was first introduced to comic readers in Detective Comics #233. Falling for Batman’s undeniable charm and the thrill of fighting crime, Kathy Kane became the first Batwoman in order to get closer to the hunky crime fighter. Getting a thrill from combating criminals in the city, she eventually retired to pursue other interests. Thus comes Kate Kane, who revived Batwoman after Kathy Kane’s presumed death at the hands of Bronze Tiger. As with many other DC comic’s female characters, Batwoman received a bombshell makeover with a baseball theme. Cosplayer Ekidna of Ekidna Costumes dons the delightful skirted baseball uniform in fabulous fashion. Featuring a black and red color scheme, her dress is embellished with her red bat symbol on her belt buckle and a matching symbol on her hat. Wielding a bat for the Gotham Knights, #52 is a showstopper. Featuring various batter’s up poses and a strong expression, Ekidna is ready to fight crime or take out the other team in as Bombshell Batwoman. Meow! Rei Ayanami is a Kitten in This Amazing Cosplay!