Jinx Cosplay Is An Explosion of Fun 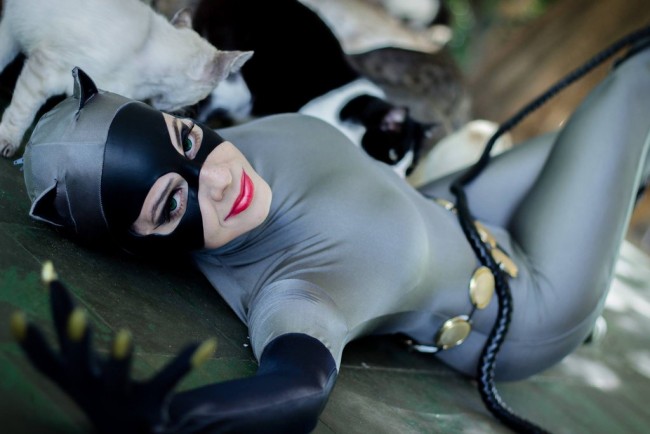 A cosplay of Catwoman a day keeps the doctor away! Catwoman has seen a multitude of renditions over the years since Batman’s creation.  She has been in multiple comic book spin-offs, video games such as Injustice: Gods Among Us and the Batman: Arkham series, and even film adaptations.  In all of these different versions, it seems she never has the same costume.  While she is generally clad in leather attire, her outfit in Batman The Animated Series is unique in that it uses spandex/cloth, and she is a grey color instead of the standard black. In this amazing cosplay, Mel Rayzel cosplays Catwoman from Batman The Animated Series in stunning fashion.  Her costume is perfect, and she manages to look just like Catwoman.  The added appearance of a Black Cat in one of the images further adds that signature Catwoman feel.  Totally epic!

This Swimsuit Asuna Cosplay Celebrates the End of Summer