Check Out This Adorable Stocking Cosplay

Epic Everyday Cosplay: How to Stay Classy like Ron Burgundy 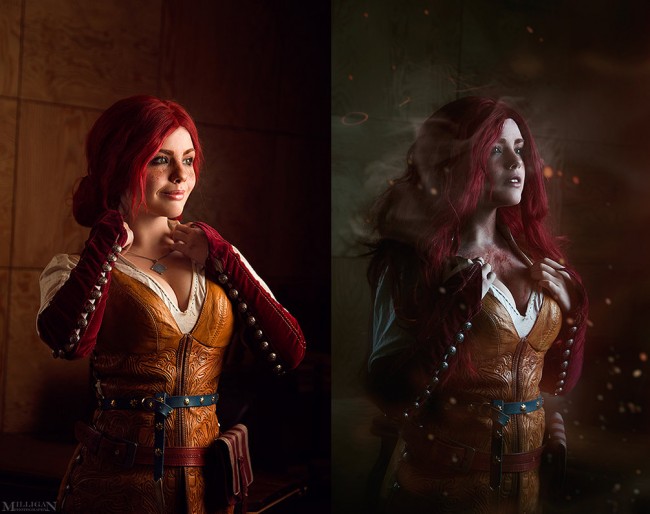 Be Set Aflame by this Triss Cosplay

Triss Marigold is a skilled sorceress and lover of Geralt the Witcher. Capable of making potent potions, she is rather allergic to her own creations even though she carries many of them with her on her travels. A founding member of the Lodge of Sorceresses, she is also a skilled healer, often seen healing Geralt in the original Witcher game. Helping to raise Ciri, she ended up becoming an older sister to the young girl. When the witch hunt began, she became the leader of the mage underground. Cosplayer Fenix Fatalist is on fire in her Triss cosplay. Red hair plays off against her red gloves and various pouches. Tan bustier sits on top of a white blouse. White and blue jacket are exquisite in appearance. Brown pants and brown boots finish off the look. The setting of the shoot is perfect for Triss’s character. Photographer MilliganVick takes fantastic shots of Fenix Fatalist in various poses. The photo editing really brings to life Triss, adding in flames as she works her magic as well as her appearance without her Glamour charm on. Dizzy Cosplay is Ever So Enchanting