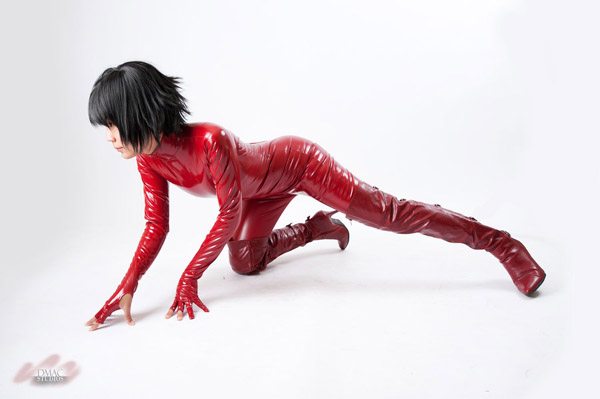 Kill Bill’s O-Ren Ishii is easily one of the most dangerous members of the Deadly Viper Assassination Squad. Her childhood was torn apart at a young age when her family was slaughtered before her very eyes. She exacted her revenge several years later and continued down a bloody path from that point onward. Before her time with the soft spoken Bill, a twenty year old O-Ren worked as an assassin, taking down her targets from rooftops, with clean and precise aim. Cosplayer Izy took the short, but insanely enjoyable moment from Kill Bill’s uniquely animated scene, from that period of O-Ren’s young assassin days, and brought it into reality. Every detail in this costume is utter perfection, right down to her poses. The silhouettes are eerily similar to the cartoon, and portray that deadly innocence O-Ren possesses. This is a rare cosplay to see, and Izy does not disappoint! For more of Izy’s cosplays, visit her DeviantArt page

All photos taken by Jagged-Eye