All Glory to this Mafia Jinx Cosplay

Get Caught by this Amazing Catwoman Cosplay 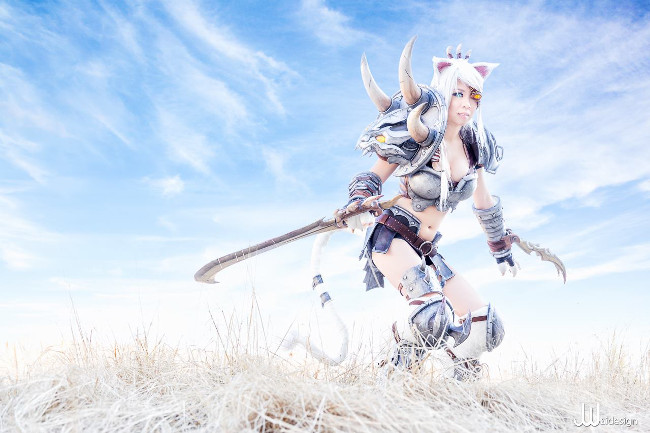 Rengar is a feline assassin from League of Legends. A master hunter, he met his match in Kha’Zix. During their epic battle, Rengar suffered many injuries, including the loss of his left eye. The largest injury was to his pride, however. Vowing to slay his new prey, he recovered from his wounds and set out to track down Kha’Zix. This ultimately led him to the League of Legends, where he would get the chance to hunt the only adversary to ever beat him in battle.

Cosplayer Pizoobie takes on the mighty Rengar in a super sexy female version. The craftsmanship is simply fantastic. The eye patch really draws the line of sight to it due to the brightness of her yellow patch and her blue eye. The armor is worn and scratched, as if it has seen many battles. The bone tooth necklace adorning her neck is extremely realistic. The shoulder armor is exquisite, with a high level of detail. It is another area that draws the eye due to another splash of yellow in the cat’s eye. The leather work is well-executed, adding the final touches to Pizoobie’s cosplay. Not only does she make one sexy hunter, but a badass one as well.

This Diablo Barbarian Cosplay is Divine