An Adorable Cosplay of League of Legends’ Cottontail Teemo

A Sexy Princess Peach Cosplay to Start Your Week 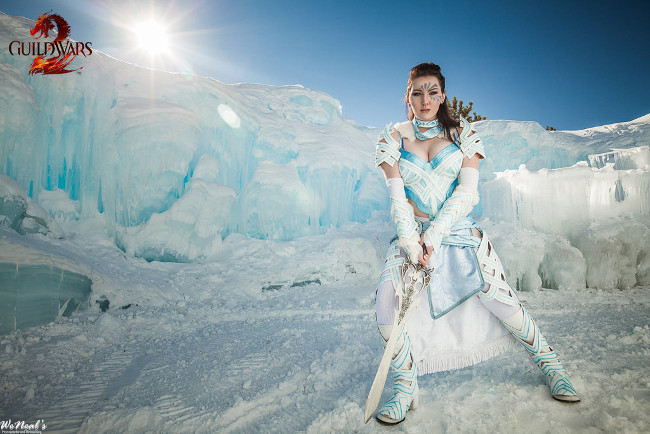 Since the release of Guild Wars 2 in 2012, the title has only increased in popularity. An MMO title developed by AreaNet and published by NCsoft, Guild Wars 2 is set within the fantasy world known as Tyria. The story follows a dispersed guild that’s sole purpose was devoted to fighting off Elder Dragons that was believed to be nothing more than history past. That changes, however, as Destiny’s Edge re-emerges. One unique thing about Guild Wars 2 is that the storyline changes based on player decisions, which is something uncommonly seen within MMO’s and generally only in single player roleplay games. In addition to the uniqueness of the plotline Guild Wars 2 gives players, the game has also crafted classes that gamers can choose from – each of which give more oomph to the player’s experience. Within said classes are the Norns, a race that is definitely a force to be reckoned with. Standing at about nine feet tall, Norns are known for their hunting capabilities as well as their ability to track targets, tap into their stealthy traits as they please, and kill with such skill that make them a companion anyone would be lucky to have. One might be easily intimidated by the giant race, but Andraia63’s cosplay of a female Norn gives the species a grace that one might not think the Norn would possess. The shades of blue and white utilized throughout Andaraia63’s very well put together armor causes one’s jaw to simply drop. Not only is there a softness given to her take on the female Norn, but certain poses struck by the woman also show that despite how innocent a Norn may look, they are still a fighter underneath it all.