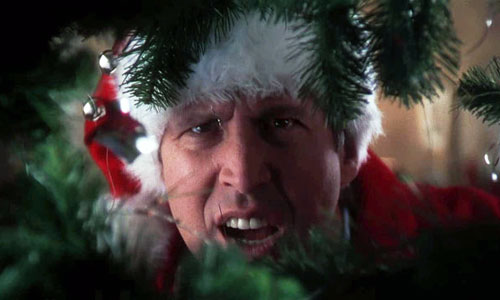 Relive the nostalgia of 80s holidays with these classic films

When it comes to Christmas movies, most people are in agreement about one thing — the 80s were the best era for Yuletide yarns. If you’re looking for a marvelous movie to curl up with during wintry nights — and to experience a hefty dose of nostalgia — the following films will warm your soul faster than a cup of wassail. They’re so frothy and fun that they make eggnog seem bland. Is it really an 80s Christmas without this classic? With Chevy Chase taking on the role of Clark Griswold once again, the audience is treated to a whole host of hilarious incidents. From judgmental yuppy neighbors to a flirtatious perfume saleslady and Cousin Eddie’s unforgettable arrival in an RV, the laughs never stop coming during this uproarious comedy. Randy Quaid’s memorable quotes as Cousin Eddie are definitely in the Christmas canon. No one in the world has ever wanted a BB gun as much as Peter Billingsley’s Ralphie. From the very beginning, the bespectacled child’s yearning is made ever so clear. There are so many iconic moments in this movie — from a tongue stuck to a pole to a little brother eating messily. Although this is an 80s Christmas movie, it is actually set in the 1940s. A cautionary tale for parents considering pets as Christmas gifts, this movie is a fun romp through a small town in the 1980s. Of course, after watching this film, no one will ever feed their gremlin after midnight again. With an adorable appearance by a young Corey Feldman, it has stood the test of time. This is one Christmas movie that everyone at your Christmas party can agree upon. Starring the amazingly affable Dolly Parton, it tugs at the heartstrings. With a sheriff and some orphans in the mix, it’s more appealing than a bunch of presents under the tree. What’s not to love about this film? With Bruce Willis playing the hero to an evil Alan Rickman, anything can happen. This quintessential action movie carries an amazing Christmas theme while also staying true to its Los Angeles roots. It’s a crowd-pleaser on a lot of levels. In this sweet film, a young girl finds a wounded reindeer and must nurse it back to help. It’s not long, however, before she starts to suspect that this may be a very important reindeer indeed. But how will she get this prized pet back to Santa Claus? Few things in life could possibly be as delightful as Bill Murray’s portrayal of an 80s incarnation of Dickens’ iconic character, Ebenezer Scrooge. Although this Christmas comedy definitely boasts a bit of a bite, it’s a welcome departure from the season’s sweetest fare. After all, Christmas isn’t all about just gingerbread houses and fruitcake. This is the movie that reminds us that even the most difficult people celebrate Christmas in their own way. It would appear that the 80s were a great time for Dickensian Christmases. In this retelling of the classic story, Scrooge McDuck plays the character who is charged with completing a devastating inventory of his life. With Mickey and Minnie in the mix, this is a more child-friendly version of a sometimes slightly scary tale.

ATE is a participant in the Amazon Services LLC Associates Program, an affiliate advertising program designed to provide a way for websites to earn advertising revenues by advertising and linking to Amazon.com.