Check Out This Awesome Dota 2 Queen of Pain Cosplay

This is One Stellar Samus Aran Cosplay 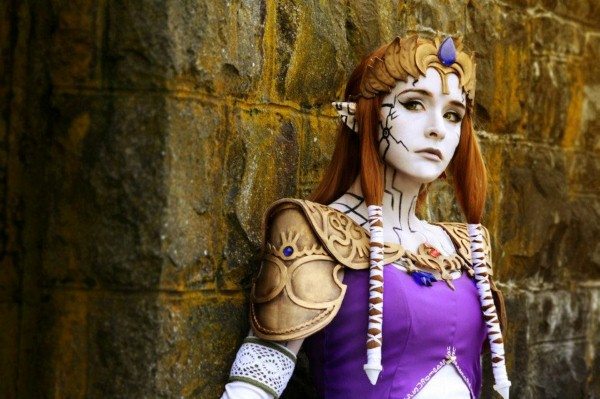 With E3 sweeping the nation with exciting announcements, we here at Conslayer wanted to take a minute to oogle some of the gaming scene’s most jaw-dropping cosplays. Nintendo, being a front runner with its hot titles for the WiiU and 3DS, always has a slew of amazing characters that appear upon convention grounds each and every year. Here are some incredible costume accomplishments that deserve a moment of giddy appreciation. When Super Mario Galaxy first released in 2007, fans of the overall clad adventurer were introduced to the mother of the Lumas, Princess Rosalina, who easily became one of the most loved females from the Mario world. She was added to the Mario Kart roster, and made a return in the Galaxy sequel. The always stunning Ichigo Kitty rocks the blonde flips and teal gown with incredible accuracy. Her portrayal of the space princess is simply astounding!
Photograph by Cato Kusanagi. The tenth installment of Fire Emblem was released for the Wii in 2007, making it the first from the series for said system. The tactical RPG follows Micaiah, the light mage, with her companion, The Goddess Yune. Cosplayer, Shiya, never disappoints when it comes to her array of gorgeous costumes, and her take on the The Priestess of Dawn proves to be nothing short of wonderful!
Photograph by Tony Quan. One of Nintendo’s most iconic and earliest video game protagonists, Samus Aran has been with us since 1987! Her full body Power Suit is easily identified, from her arm canon to her bulbous shoulder guards. Over the years, Samus has been revealed to us more and more, making us feel a lot closer to the missile and beam blasting blonde heroine. Pixel Ninja has been smashing the Samus cosplay scene for years, and a seriously insane take on Aran’s Varia Suit has ultimately been mastered here, lights and all!
Photograph by Carl Oscar Aaro. Link has been ‘Eyah-ing’ and ‘Hyah-ing’ his way through Hyrule for years, saving the lovely Princess Zelda from the forces of evil for quite some time now. Since Twilight Princess released on Wii in 2006, Zelda recieved quite the transformation. The now sharp looking brunette, with her intricate armor and not a bit of pink to be seen, she caught the eye of many crafty cosplayers. The gorgeous Rikku Grape re-creates Ganondorf’s possessession of the Hylian Princess beautifully!
Photograph by Angie Dobson. Our favorite little arrow-shooting hero of Angel Land made his way to NES in 1987. Pit journeys through many perils in order to save Earth, along with the Goddess Palutena, from the wrath of Medusa, Queen of Darkness. In 2012, Kid Icarus: Uprising was released for the 3DS, bringing the threat of the snake-haired witch back with a vengeance. Cosplays of the powerful women of Kid Icarus are far and few in between, but when I stumbled across these two lovely ladies, I had to feature them together. The talented Yurai Cosplay put together both costumes, and could they be any more spot on? I’m amazed!