Out of this Cool World Holli Would Cosplay 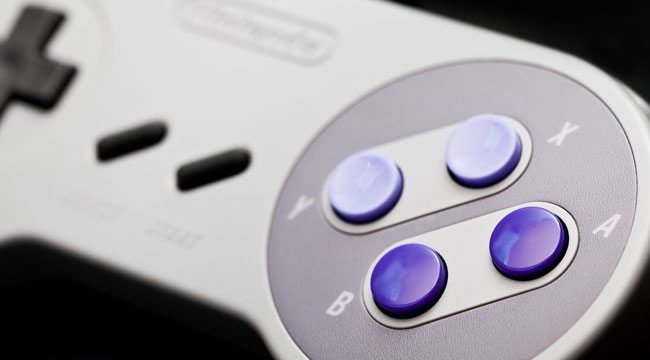 The Best Retro Gaming Consoles to Buy in 2019

Retro gaming is coming back at a really rapid pace right now. More and more retro gaming consoles appear on the market, many of them in a revamped and more accessible version. Which is really good, because there are a lot of people ready to enjoy this type of game – or who just want to have fun with old school consoles. That being said, you can still opt for purchasing the original retro consoles if you want to. Here are some of the best retro consoles you can get your hands on right now. Super Nintendo is definitely one of the nicest retro consoles from the 16-bit era. There are lots of reasons why it stands out, but one of the major ones is its games. It had around 725 games in total, with names like Super Mario World and Donkey Kong Country being iconic even up to this date. They also offered the first console port of the Street Fighter II game. They created a very powerful Super FX chip that brought in 3D capabilities to the console. It revolutionized the console world in ways that you would not imagine and which are impressive even today. Yes, Super Nintendo is one of the best consoles of all time and certainly the best one during the 90s. Sega Genesis was also a part of the 16-bit era. This console became very popular due to sonic, and it also brought in one of the best controllers in history too. They also had a whole lot of cool sports games, something that was pretty interesting for them. They did have lots of more mature games like Streets of Rage and Mortal Kombat. Despite all of that, the console was a success, especially due to the launch of numerous sports titles that were associated with it. This console was a ton of fun and certainly one of the nicest consoles in the past few decades.

PlayStation 2 sold around 155 million units to date. They added a CD reader in the first PS unit, and here they brought in DVD support as well as backward compatibility. The console was one of the best due to its games too. God of War, Shadow of the Colossus, GTA III as well as other games managed to help the console sell beyond belief. It also came during a time when the economy was good, so people got to purchase it like crazy. And yes, there are lots of loyal fans that still like the PlayStation 2 when compared to the later models. This speaks volumes when it comes to the value shared by this unit as a whole.

The Nintendo 64 is considered to be one of the best for millennials and for multiplayer in general. Why is that? Because they had a ton of great games with online and local multiplayer. Mario Kart and Mario Party come to mind, but there are a lot of other cool titles in here as well. This was one of the first consoles which allowed people to use 4 controllers and at the same time, it was very accessible and easy to use as well. It was definitely one of the nicest and coolest looking consoles out there. Plus, it’s small and portable, which means that even today you can still move it around from a party to the other and have a lot of retro fun and gaming goodness. It’s the type of console that everyone likes to use too, as it’s bringing in quality and portability in a great package. What you will like about the Nintendo Entertainment System is that it has a huge library of 714 different games. It sold really well due to an economic book during the 80s, and there were lots of great series created at that time. A good example would be Mega Man, Contra, Super Mario Bros, Tetris, Final Fantasy and many others. Some of the other great games here include Wall Street Kid, Duck Hunt and a multitude of other games as well. Overall, there were some extraordinary and fun games to be had here, which is exactly what made Nintendo Entertainment System such a popular console at its time. Game Boy stood out due to its portability. It didn’t have a huge range of games at first, but its library grew. And adding in games like Tetris into the mix just made it even more fun, interesting and appealing for a multitude of generations. People love it even today because it’s a nice console and one that’s very distinct and interesting. Of course, it was a bit chubby, but it did have great accessories and stereo sound. While the Atari 2600 didn’t have a ton of games with it, this is the game console that supported games like Pitfall, Frogger and Space Invaders. It’s safe to say that this was one of the nicest and most interesting ways to bring the console world in front of gamers. It all got started with it, so the game selection is scarce, but it’s a reminiscence of the beginnings in the gaming world, and that shows a lot of value.

Sega Dreamcast did promise a lot, but it failed to deliver and it also had a strong competitor in the PS2 that brought its sales down as well. Despite all of that, the console did have some nice games like Jet Set Radio or Crazy Taxi.

It’s safe to say that there were lots of cool game consoles in gaming history, and all of them were a whole lot of fun to explore and see. In the end, it’s easy to see that video gaming continues to be a huge passion for all of us, and it only manages to get better and better due to that. Yet we are still very happy and reminiscent of the gaming roots, as that’s where our gaming prowess comes from!