Get Your Chainsaw and Go Sparkle Hunting with this Juliet Starling Cosplay! 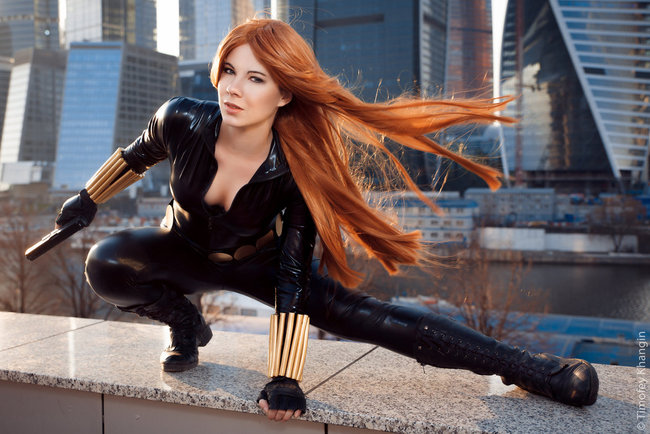 Beware the Black Widow’s Bite in this Epic Cosplay!

Natasha Romanoff, one of the deadliest women in Marvel. Her first appearance was in “Tales of Suspense” back in 1967. Originally, she has a historical background around World War II and is recruited into the Black Widow Program after WWII. Ignoring the current movie storyline of the Marvel Avengers universe, Natasha is actually taught by Bucky, the Winter Soldier, before she eventually gains the title of “Black Widow”.

Natasha is one of the most popular women in the Marvel universe based on her strong personality and subtle sexual appeal. Compared to other women in comic books who are generally impractically clothed, Natasha is always wearing a fully zipped black bodysuit with minor variations just in the details of the suit and possible belts and accessories. She’s one of the few characters who show that a woman can be sexy by being fierce and strong without showing off her other “assets”. Who better to cosplay this famous Russian spy than Russian cosplayer, Anastasya? Anastasya has cosplayed several characters, including several iterations of Lara Croft, her favorite female character. Her cosplay wardrobe is very video game heavy, but she also has a few gems from other genres such as this stunning Black Widow and a beautiful Babydoll cosplay.

Beat the Heat with this Pool Party Heartseeker Akali Cosplay