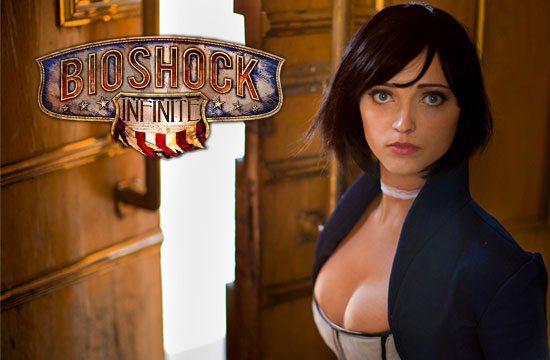 Who says cosplay doesn’t pay? Irrational announced that they have hired Anna Moleva, a Russian cosplayer, to be the new face of BioShock:Infinite. Moleva, who bears a striking resemblance to BioShock’s Elizabeth, has quite a following in the cosplay world, where she is known as Ormeli. Irrational was so impressed by Moleva that they decided to add her to their payroll. The terms of her contract are not known.

Moleva’s job will consist of public appearances in costume, television ads, and even posing for the game’s future box art. The original BioShock:Infinite packaging was widely criticized by the gaming community for being too boring, so the addition of some eye candy can only be a good thing.

Lead Designer Ken Levine previously told OXM,”It’s disappointing when [Elizabeth’s appearance] becomes a focus for conversation because that was never my intent and it’s sort of a disincentive.”  Perhaps he changed his tune in light of the popularity of Ormeli’s cosplay photos and the lukewarm response to the box art? In any case, both Levine and the gamers seem excited by the new addition to the Irrational Games marketing team.

Source: We love our BioShock cosplayers so much we hired one! [Irrational]