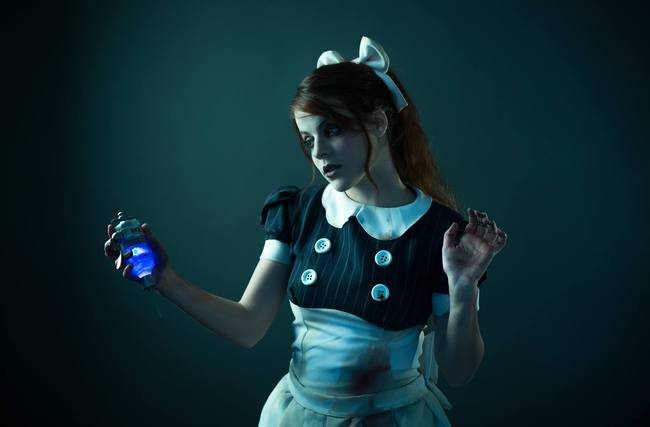 For those who are tried and true BioShock fans, they might remember the underwater city Rapture and the inhabitants that lurked in the shadows. In particular, the Little Sisters were quite the creepy bunch – always protected by their oversized counterparts Big Daddies. Full of atom, Little sisters were a lucrative marker, often being attacked by Splicers. While they might have been nothing but adorable at one point, Rapture sucked most of the girls’ innocence from them, leaving them with a more than creepy aura. Despite their slightly creepy demeanor, there’s something about the Little Sisters that pulls one in, what little innocence they have left becoming irresistable. This may be why many cosplayers love to dress up as the Little Sisters, and while there’s no denying that handfuls have done a brilliant job, Lili Din’s rendition is spot on — her take of a Little Sister is jaw drop-worthy and stunning.