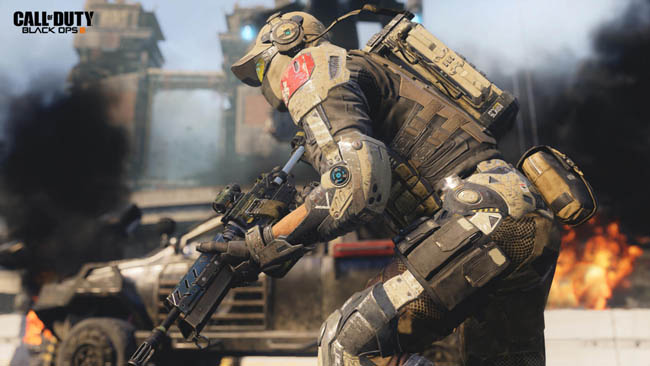 With E3 closing in, developers from across the industry are giving coy jabs and teasers at the multitude of announcements we can expect to hear at the largest gaming event in the world. David Vonderhaar, design director for Call of Duty: Black Ops 3, is among these, teasing some special announcement scheduled for debut at this year’s gaming showcase. Taking to Twitter, the designer posted an image of the Monkey Bomb, an explosive weapon that has been featured in each of the Treyarch produced Zombies Mode for Call of Duty, alongside the caption “#tbt “Get ready for a surprise.”

While not much to go off on its own, he later went on to tweet that he was working under an E3 deadline, and will be revealing more at that time. What, exactly, Vonderhaar is talking about remains to be seen, but we can likely expect some big news in the upcoming weeks surrounding what has him so excited. E3 2015 starts June 16th, and the Call of Duty: Black Ops III is expected to drop November 6th on Xbox One, PlayStation 4, and Windows PC.

#tbt “Get ready for a surprise.” pic.twitter.com/wBP9ROYdRp