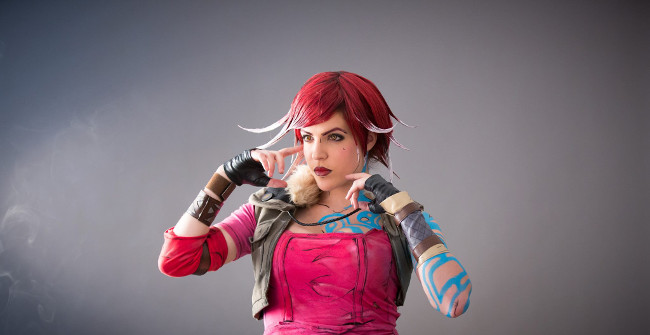 Borderlands Week: Gorgeous Lilith Cosplay has Phasewalked into our Hearts The Borderlands franchise has continued to be on the up and up since the release of the first installment into the series. Not that its popularity is much of a surprise, considering all the praise that surrounds the titles, especially with Borderlands: The Pre-Sequel setting to release in October. Besides it’s colorful graphics and engaging storyline, the Borderlands series offered characters that gamers could get attached to. The list ranges from Claptrap to Handsome Jack and the rest, some growing attached to some and more inclined to taking a liking to the other characters — some being more partial to the lovely Lilith. For instance, siren Lilith was quite the rage when it came to Borderlands, and why not? The woman is of the “Siren” class, originating from the planet Dionysus where she is one of six Sirens – and possesses remarkable abilities. By absorbing Eridium, Lilith is able to amplify her powers, allowing them to reach new heights. A founding member of the Crimson Raiders – leading the Raiders in her ex-boyfriend Roland’s place, Lilith has more than earned her title as certified badass. That may be why wanting to become Lilith is both enticing and hard to say no to. Cosplayers have struggled with it, considering more than a handful have taken to dressing up as the gorgeous siren. Amongst the cosplayers who have decided to embody Lilith is Lili Din. Not only is her execution of the cosplay flawless – the photo editing and poses in each making it feel as if Lilith has truly come to life. The intricate details put into Lili Din’s cosplay are what push it over the edge, causing it to be truly one of a kind and a masterpiece in itself.