Win the Hunger Games with this Epic Katniss Everdeen Cosplay 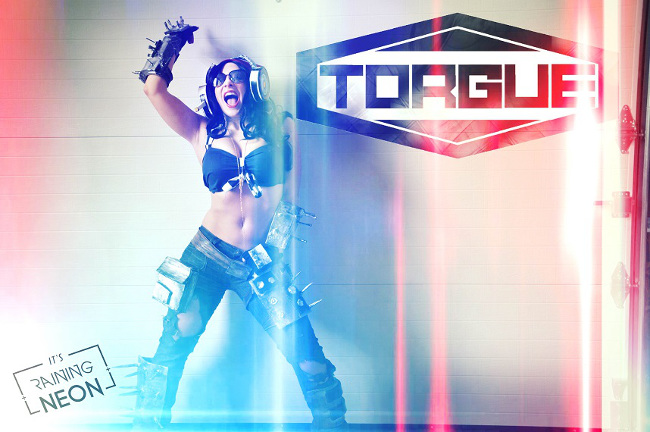 Borderlands Week: Time To Get Explosive With This Miss Torgue Cosplay! Mr. Torgue is a character from an expansion of Borderlands 2. This first person shooter role playing game has become extremely popular in both the gaming and cosplay communities. It’s story depth, character choices, environment, and all around badassness has led to its success. Mr. Torgue is a weapon manufacturer from a DLC of Borderlands 2 and is famous for his wild and loud personality. Not usually seen in person, Mr. Torgue’s voice has been implemented into a multitude of machines such as his weapon vending machines. An avid user of profane language, a digital sensor was installed to beep out half his vocabulary. Its Raining Neon has taken an excellent approach to Mr. Torgue and turned him Mrs! Sporting his iconic features, mixed with true badassery, Its Raining Neon makes a spectacular Mrs. Torgue. The well constructed costume, wicked props, and some stellar photography and after effects mix to make a truly explosive cosplay. NOW GO BLOW SOME SHI*T UP! Check Out This Kickass Cosplay of Lili Rochefort from Tekken