Gaige the Mechromancer Cosplay: Don’t Screw with This Girl and Her Robot 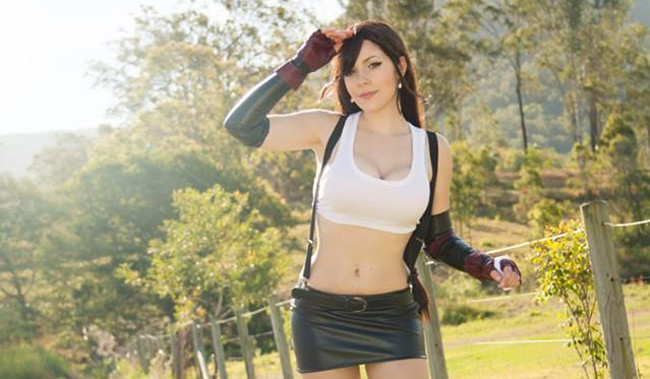 Final Fantasy girl, Tifa Lockhart, is a forever iconic character from the Final Fantasy world. She appears in all of the Final Fantasy 7 games as well as the epic movie Advent Children. Tifa covers many roles in the FF7 universe ranging from best friend to girl next door to general emotional backbone for the FF7 crew.

In the early phases of development, Tifa’s character was originally going to be permanently killed off in the game. After it was decided that Aeris would die, developers started focusing on developing Tifa’s relationships more within the game which ultimately led to the infamous love triangle of Aeris, Cloud, and Tifa. Australian cosplayer Katyuska MoonFox embodies Tifa perfectly in this FF7 cosplay. Katyuska is an incredibly talented cosplayer with cosplays from anime and video games. Be sure to check out her Facebook page to see all of her epic cosplays!

YukiGodBless Charms Us with this Awesome Challenger Ahri Cosplay