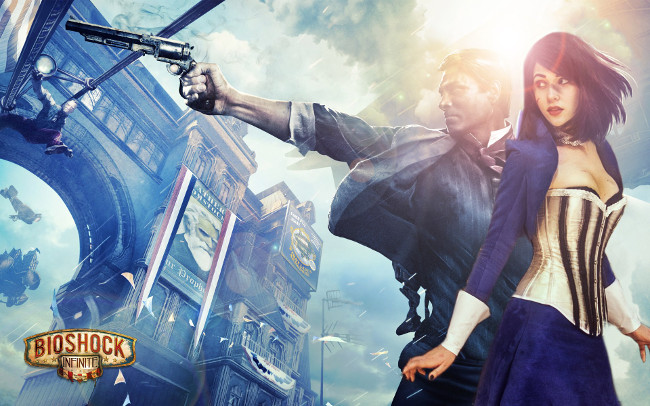 A Breathtaking Cosplay of Elizabeth from Bioshock Infinite

Stunning as always, Eve Beauregard brings us Elizabeth from Bioshock Infinite. The gripping story follows Booker DeWitt, a private investigator tasked with rescuing Elizabeth in order to wipe away his gambling debt. Elizabeth is being held prisoner in the city of Columbia and has been since she was an infant. Her father, the prophet and founder of Columbia, wishes her to follow in his ideals for American exceptionalism.

Elizabeth is a very spirited young woman, but a life of being locked in a tower has made her a bit naive of the world. Her only companion throughout much of her life is her guard, a giant winged creature named Songbird. Elizabeth also holds a very special power; the ability to open and manipulate tears in the fabric of time and space. Her power aids in her and Booker’s escape from trouble and leads them to fantastic revelations in the past and future.

The cosplay featured by Eve Beauregard is actually the second costume worn by Elizabeth in the game. After her original garb becomes blood soaked from killing an enemy, Elizabeth locks herself away. She returns with a new dress, cut hair, and a more somber and determined personality in light of the events. Eve Beauregard captures this light of a changed Elizabeth perfectly, and her attention to detail and knowledge of the character is breathtaking.