5 Sultry Jessica Rabbit Cosplays That Will Take Your Breath Away 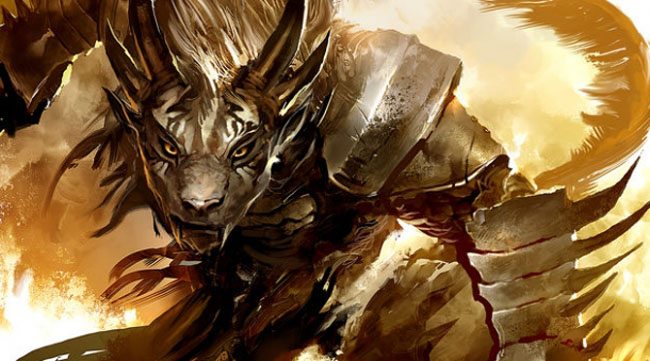 It can often times be frustrating to play an MMORPG, whether as someone new to the scene or a veteran. MMORPGs tend to invariably do a couple of things exceedingly well and then mail it in on all other aspects. It’s infuriating and makes no sense for a genre that desperately needs to get it together going forward. Imagine though if it was possible to take all the best elements of these games and combine them into the single most badass MMORPG. Here’s what that could look like. Guild Wars 2 defies MMORPG convention by not only encouraging players to group up with other adventurers, but rewarding them for doing so with better loot and bigger goals to accomplish. That’s not at the end of the game though. That’s from the very outset. It’s straight up multiplayer bliss.

You can’t beat World of Warcraft, or by extension Rift when it comes to the classic hour long dungeon crawl. The objectives are straightforward, the loot is plentiful, the bosses utilize unique mechanics that can help turn a tank and spank into something far more entertaining. Raids are no longer a frantic battle with the RNG, but a matter of meeting gear scores and mastering delicate dances with the enemies. The UI has been polished, the amount of time required is not too long and most people leave happy.

It’s unrealistic to suggest that grinding a fresh character to the level cap is always an enjoyable experience. Sometimes, it’s just about getting to a point where raiding and high end PvP can begin and for that, players should look to the game that makes the journey the least painful, because no MMO has managed to make it a wholly fun experience yet. My recommendation would be to utilize the leveling system from Rift. It’s possible to level up at a decent pace through PvP, and given how much excitement can come from playing around with Souls (Rift talent trees) it can actually be a good time. When MMOs try and take advantage of the spacing mechanic, it often comes out being more than a bit convoluted. Tanks can mitigate some damage from healers just by looking at them? Don’t feed me that sad line, MMOs. Feed me WAR Online physics. Much has gone wrong for the Mythic title, but they did manage to do something few other games have gotten right since. People took up space. If a giant dwarf in platemail was in your way, you were not getting around him unless you took him down. If you didn’t have a way around the back to puncture the healers, that tank was going to throw you down, around and off railings for hours. Choke points and bottlenecks meant everything. It was imperative to choose a good spot. It made the PvP experience the best I’ve ever enjoyed in nine years of playing online games.

What made Tera’s in your face J-Pop style of world tolerable was its unique, action oriented PvP system. Combat was not just dots, dots, aoe fear, dots, dots, more dots, get stunlocked, cry into your pillow. In Tera, you were as good as your ability to dodge, counter or block. Timing abilities was key, as was, again, positioning. We’d all be better suited if combat was more than the sum of hitting four buttons in a row.

The Battlegrounds: Take your pick.

Battlegrounds are one area where most MMORPG manages to excel at, at least in the form of one map. World of Warcraft’s AlteracValley was an endless battle in vanilla that was tough to stomach for casual players. For hardcore players though, it was the sort of epic battle gamers had dreamed about. Guild Wars I brought us 4v4 original arena matches which could be a lot of fun with a dedicated group. WAR Online had battlegrounds but also brought the war to the surrounding areas in the form of open realm versus realm combat. Rift continues to do the tradition proud with innovative and exciting maps. The point is, this is one area where everyone except Lord of the Rings Online has shined. Rift is that game that was like, from the get go, ‘Okay, MichaelBay is in charge of regular world events, so bring in at least 700 explosions, giant rifts that shoot out demons and tentacles and skeletons and shit. Also, more stuff. We need a lot more stuff.’ These constant world events offer a reprieve from the harsh grind to the level cap and do considerable aid to the concept of video game immersion. Holiday events notwithstanding, Rift nails it and makes everyone else look terrible.

Exploration: Lord of the Rings Online

There is a lot of stuff to explore in Lord of the Rings Online. That’s the best way to put it. You’ll lose entire days just running around and finding landmarks from the iconic series, and you’ll be okay with it because you’ll get points and achievements. Guild Wars II gets the runner-up award for allowing exploration points which offer Assassin’s Creedesque cut scenes. Sure, it looks like snow, but it’s in your face, high definition panoramic snow.

It’s not that the lore is all that unique for a Star Wars game. Sith here, Jedi here, you in the middle, also please stop those goddamn Mandalorians. They’re constantly drunk and messing up the place. It’s all about how Star Wars: The Old Republic makes you feel included in this immersive universe, from the big decisions to the small. Your quests are never just ‘get me 12 webwood spider sacs’ (I’m looking at you World of Warcraft) so much as ‘please go stop these Sith from butchering younglings.’ It’s, on a more serious note, a bunch of stuff you might actually care about, which is something most MMORPGs fail to do. Even Lord of the Rings Online, despite its intricate world and impressive story missions tends to fall into the rut of sending players to kill 10 Easterlings because, you know, evil and shit. No one else even bother suiting up, Blizzard has this one. The achievements have no actual bearing on your gameplay. You do not need to do them in order to unlock traits, so Lord of the Rings Online just get out of here now. The achievements are not ‘codex entries’, begone Star Wars: The Old Republic. Achievements are just what they should be: neat projects to do on the side in order to get titles, mini-pets, vanity items, vehicles and more.

The Online Store: Lord of the Rings Online

If you have a subscription to Lord of the Rings Online, you’re good to go. There is nothing in the Turbine shop that you need, but there will be a lot of things that you’re going to want. Cosmetic items allow your to build that specific and unique character, milestone unlocks and writs allow you to travel between quest destinations quickly, easing the pain of the grind. If you want to, you can dump a bunch of money into Lord of the Rings Online and make your experience just that much more enjoyable.

Hey, it’s free after you buy it. I mean, what else needs to be said? No monthly fee, no awkward and impossibly grinding free-to-play system.

The game that would come from combining this many great elements would probably blow up our PCs. That’s the excuse I like to envision as to why something like this hasn’t been made, as opposed to things like rushed production dates, lazy attitudes when it comes to innovation, insufficient funds to manage projects or even a lack of heart when it comes to running games. The MMORPG market is just waiting for a company to sit down and figure this stuff out and then produce that perfect game. For the moment, all we can do is sit and wonder what could be.