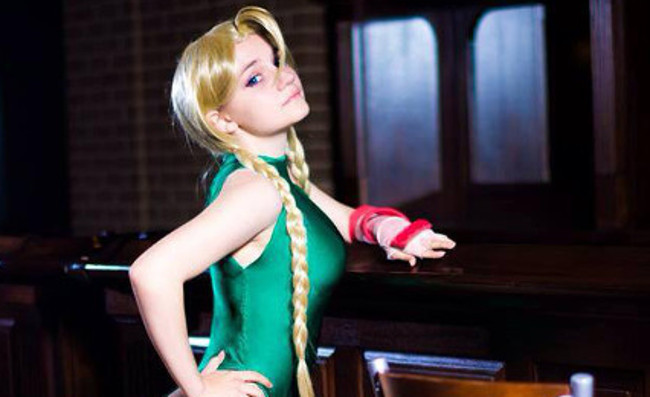 Cammy White Knocks Us Out in Sexy Cosplay Cammy White has been a fan favorite since her first appearance in the Street Fighter series in 1993. The Killer Bee was one of the “New Challengers” introduced in Super Street Fighter II and instantly became a hit, appearing in multiple iterations of the game, in the animated series and even the feature film. A member of Delta Red, a British Special Forces Unit, she is often seen with her Delta Red Hat atop her long braids.With her fantastic good looks and amazing fighting skills, her popularity was a sure thing. Since she is one of the most featured female Street Fighter characters, she is widely cosplayed. Cosplay Love Pro presents us a gem of a Cammy cosplay, donning her iconic green leotard. Looking sexy as she waits by the bar, her golden braids are simply dazzling. Showing off her long legs adorned with camo strips, don’t let her come hither stare catch you off guard, she is ready to kick ass at a moments notice. Cosplay of the Day: The White Queen of Hellfire, Xmen’s Emma Frost!