Dorothy Cosplay Lets Us Know There is No Place Like Home! 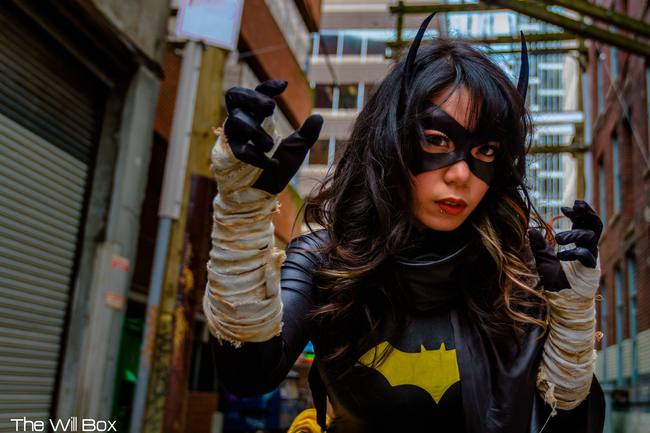 Cassandra Cain (who is known for her previous work as Batgirl) has returned in recent years as the incredible Black Bat. Cassandra has transformed from her role as Batgirl, into a look and name that is all her own. Although she still plays homage to her Batgirl costume, you can definitely see that she has put her own spin on it. Cosplayer Kasi Altair has also transformed alongside Cassandra.

Kasi Altrair’s first ever cosplay costume was Black Bat, which she debuted at Fax Expo Vancouver in April of 2013. Her first version of Cassandra Cain featured above showcased short hair and an amazingly designed version of the Black Bat costume. Her shredded cape and wrapped arms were right on target. Recently, Kasi Altrair has stepped back into her Black Bat cosplay but has stepped it up a notch. Her long hair is absolutely stunning, her wrapped arms look more tattered, and her mask is a work of art. You can really see how Kasi Altrair has grown as a cosplayer and how subtle changes in a costume can make a huge impact. To learn more about Kasi Altair or to see more photos of her cosplay as Black Bat follow her on Facebook.

Photography by The Will Box

This Juliet Starling Cosplay is Sweeter than a Lollipop