A Fantastically Fierce Cosplay of Felicia from Darkstalkers

Take Out Criminals with this Red Hood Cosplay 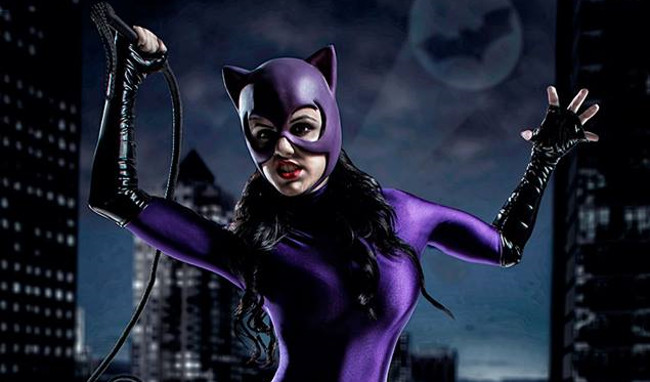 Catwoman is known for her feline grace, first class thieving skills, a kick ass costume, and her love hate relationship with Batman. First appearing in 1940 in Batman #1, she was originally introduced as The Cat. An extremely complex and popular character throughout the years, she has appeared not only in Batman comics, but also movies, television series and even her own comic.

With such a large span of success, Catwoman’s attire has gone through many changes. Alexikins Cosplay has chosen to go with what has been dubbed as the “classic” Catwoman look. Appearing on the cover of the Catwoman Comic, which launched in 1993, Jim Balent gave the character a purple body suit and matching mask. Alexikins Cosplay recreates this look purrfectly, down to the posing and movement of the whip. In a purple bodysuit and matching cat ear adorned head piece, she is the classic Catwoman come to life. With thigh high boots and matching gloves, she is ready to hunt her latest target. Craig Bannerman Photography has done a stunning job in placing Alexikins right on the streets of Gotham, and in a high flying action pose as well, capturing Catwoman’s signature style.

Gaming Cosplay Thursday: A Barbarian Cosplay to Honor the Children of Bul-Kathois