Check Out the Sly Beauty of this Ibuki Cosplay 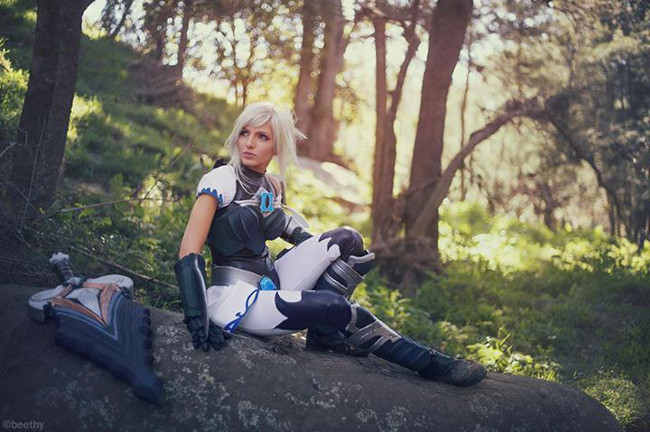 Championship Riven Cosplay is Ready to Redeem Herself

Riven became The Exile when she defected from Noxius. After rising through the ranks and training brutally to become the most powerful, Riven’s Noxian ideals were shaken as comrades in battle were abandoned to their fate. Their fate being Singed, his poison killing all it touched, friend and foe alike. Riven was the only one to escape with her life. Assumed dead, she shattered her sword as a symbol of severing ties with her past. Wandering to redeem herself for acts she had committed, Riven ended up at the League of Legends. Celebrating the 2nd World Championship, Championship Riven was released to the public. Vera Chimera Cosplay slips on the armored, number two inspired, attire in this epic cosplay. White leggings and top are covered with jagged black armor and boots. The front and back are adorned with a blue Roman numeral two, as well as other accents being blue. Wielding an exquisitely shattered blade, Vera Chimera Cosplay becomes the wind using champion beautifully. This Purple Heart Cosplay is Stellar