Everyday Epic Cosplay: Call this Ghostbusters Ensemble for Your Next Convention 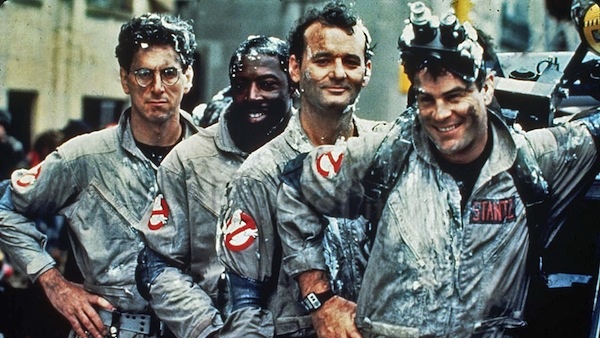 We already know that a female-led Ghostbusters film is on the way in 2016, starring Melissa McCarthy, Kristen Wiig, Kate McKinnon and Leslie Jones.

Today, Deadline is reporting that a second, male-led Ghostbusters film is in production at Sony.

Joe and Anthony Russo (Captain America: The Winter Soldier) are being tapped to direct, with a screenplay by Drew Pearce (Iron Man 3). Channing Tatum will both produce and star in the film, which is based on a storyline developed by Tatum and original Ghostbuster Dan Aykroyd.

“We want to expand the Ghostbusters universe in ways that will include different films, TV shows, merchandise, all things that are part of modern filmed entertainment,” Ivan Reitman tells Deadline. “This is a branded entertainment, a scary supernatural premise mixed with comedy. Paul Feig’s film will be the first version of that, shooting in June to come out in July, 2016. He’s got four of the funniest women in the world, and there will be other surprises to come. The second film has a wonderful idea that builds on that. Drew will start writing and the hope is to be ready for the Russo Brothers’ next window next summer to shoot, with the movie coming out the following hear. It’s just the beginning of what I hope will be a lot of wonderful movies.”

Along with this news was the curious announcement of Ghostcorps, a new Sony-backed venture from Ivan Reitman and Dan Aykroyd, whose mission is to develop a variety Ghostbusters-related projects and promotional opportunities.

Details are scarce, and it is unclear whether this new film will tie in to the female-led reboot, or if it will draw from the classic Ghostbusters films.

Check back for more Ghostbusters details as they become available!